The family of a man who was allegedly killed by Rodney Tongai Jindu in an apparent calculated ritual murder in Bulawayo recently has said their relative was lured by his alleged killer with promises of capital to resuscitate his business. 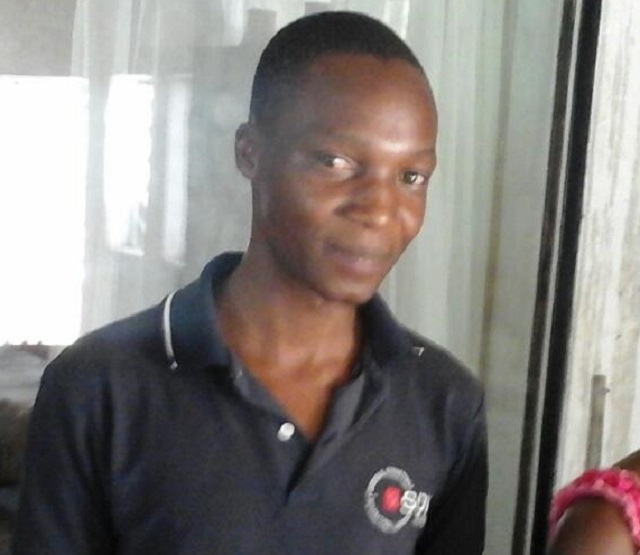 Mboneli Joko Ncube (30) was last seen on January 12 and his family reported him missing on January 15, only for his remains to be exhumed on February 10 at a vacant residential stand in Burnside suburb.

Ncube’s remains were found six days after the body of Jindu’s friend from Queens Park suburb, Cypran Kudzurunga (28), was exhumed from the same stand.

It has been suggested that Kudzurunga apparently stumbled on evidence incriminating Jindu in Ncube’s murder, prompting him to silence him by fatally shooting him on January 31.

DNA test results are still pending to certify if indeed the remains belong to Ncube.

A spokesperson for the Ncube family, Mr Clifford Mhlophe, yesterday said Jindu and the deceased were not friends, but had somewhat become business acquaintances as the murder suspect had offered to assist his would-be victim financially to resuscitate his travel and tourism company.

Mr Mhlophe – who is Ncube’s maternal uncle – said although Jindu had lived a stone’s throw from Ncube’s house in Glengarry suburb, the two only got to interact through a mutual friend.

“Two days before my nephew went missing, we talked one-on-one as he related how he aspired to resume his tourism business which he had run for a short while last year. He told me he needed capital injection to manage the tour business for schools and through the link of a common friend between them, Jindu had offered to help.

“Last year he attempted to run the business where he would offer transport to schools on tours, whether to resort areas, historical places and others. However, because of financial constraints, the business was short lived. Two days before he disappeared, he mentioned that Jindu had offered to help him and that’s the only connection we know of between the two,” he said.

Mr Mhlophe said Ncube had his own set of friends while Jindu had his own and the two had become more of business acquaintances.

“Jindu isn’t someone I knew much except that he was a neighbour of many years and my sister lived four houses away from him in Glengarry suburb,” he said.

Mr Mhlophe said they were shocked and confused by the fact that no member of Jindu’s family had approached them in the wake of the alleged murder.

“According to our culture, ubuntu bethu buthi if there’s any rumour or ill word on your child, you talk about it as a parent or as parents. I must say, we expected to see the Jindus because we cannot be found going to them. The least they could do was to pay us a courtesy call, maybe in the escort of a church pastor, police or even a community leader,” he said.

Mr Mhlophe said his family was still trying to come to terms with the horrific murder of Ncube.

“Although the police and the media have fully reported on the confessions by Jindu of murdering my nephew Mboneli for whatever reasons, police advised us to wait for DNA results which will fully certify if indeed those are his remains.

“It’s unbelievable that Mboneli was killed in such a gruesome manner. Unfortunately, the test results are taking quite some time to come out and we cannot wait longer as we want to bury the remains of our loved one. We want to put him to rest and we have left everything in the hands of the Lord,” he said.

Jindu told the police that a South African inyanga and unknown Omalayitsha (cross border transporters) allegedly demanded body parts of people with a Ncube surname but were yet to pay him at the time of his arrest.

According to a statement Jindu made to the police, he shot Kudzurunga twice – in the head and chest in a bushy area between Glengarry and Queens Park before carrying the body home in a wheelbarrow.

Police sources say Jindu also allegedly confessed to murdering his neighbour Ncube – a devout Jehovah’s Witness member – on January 12 and selling some of his body parts to the inyanga and omalayitsha after promises of $20 000 in cash and a Toyota Quantum were made.

Jindu allegedly cut the dismembered body of Ncube and set the pieces on fire before burying them in four shallow graves.

The mutilated remains of what Jindu claimed were Ncube’s body were exhumed on February 10 by the police after Jindu made indications. The Chronicle

1 000 Zimbos in need of aid in Johannesburg