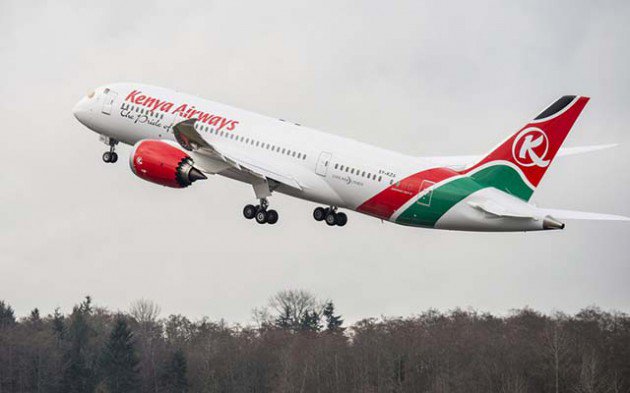 Leading African airline, Kenya Airways will introduce a direct flight between Nairobi and Victoria Falls starting on May 18.

The new route, which will be linked to Cape Town, becomes Kenya Airways’ 52nd destination and its second in Zimbabwe after the Nairobi-Harare route where it operates 21 flights weekly.

Kenya Airways will start direct flight between Nairobi and Victoria Falls on May 18, 2017.

The route will be serviced by an Embraer E190 with a configuration of 12 business class seats and 84 economy class seats.

“The new route between Nairobi and Victoria Falls will operate three times a week on Monday, Thursday and Saturday.

“This new route highlights our strategy to continue ”Winning in Africa’ which is driven by opening up the region and ensuring our value proposition meets the demands for our customers,” said Kenya Airways’ managing director Mbuvi Ngunze.

“We have seen increased demand for Cape Town, and had to increase our frequency in December. The route via Victoria Falls offers our guests two leisure holiday options,” he said.

The Victoria Falls operation will be linked to Cape Town, South Africa.

This will see the airline increase its operations to Cape Town from the current four, which are served via Livingstone, Zambia, to six.

The flight will depart in Nairobi at 7.20am, arriving in Victoria Falls at 9.30am, departing Victoria Falls 10.20am to arrive in Cape Town at 1.25pm.

Kenya Airways will be the only carrier offering direct services between Victoria Falls and Cape Town.

The route will be operated by Embraer E190 with a configuration of 12 business class seats and 84 economy class seats.

The coming of Kenya Airways follows the commissioning of the Victoria Falls International Airport by President Robert Mugabe.

The expansion project, which began in February 2013, cost approximately $150 million and was initiated to improve aircraft handling capacity and, as a result, to increase overall tourism in Victoria Falls.

The official completion of the project is a significant milestone for Zimbabwe given Victoria Falls’ capacity to attract more tourists and investors, boosting economic growth in the country.

Passenger handling capacity of the airport was also boosted from 500 000 to 1,5 million per annum. The Herald