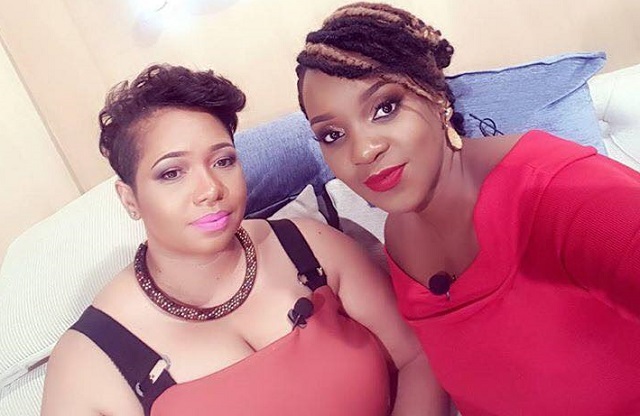 In a no-holds barred interview with talk show host – Ruvheneko Parirenyatwa on Tuesday, the businesswoman said if given another chance, she would do things differently.

The mother of three broke down as she spoke of how she had a miscarriage after she found out about her husband’s extra marital affair.

“But what my husband did hurt me, he really cut me deep. I’m sorry but I’ll not allow anybody to tell me or dictate how I’m supposed to feel when I’m hurting. What I was doing was sort of giving me some sort of relief,” she explained.

However, she said she still loves Stunner and had hopes of getting back with him.

“This is too fresh and I think Desmond and I are going to talk. We’ll still be in touch and who knows, roads might lead to the same place,” she said.

In the same breath, she admitted that their relationship had ended.

Asked whether she still believes in love or not, Olinda said she was not going to rush into a new relationship jokingly saying she will have to look at the potential lovers’ bank statement first.

Shockingly, Olinda said some of Stunner’s friends want to date her before stating that she will be relocating to the UK where she is a director of a company that deals with recruitment and staffing. The Chronicle

The problem with Andy Muridzo