Tatenda Mukuruva’s handlers have claimed that Premiership giants Dynamos have not made an official bid to tie down the out-of-contract goalkeeper. 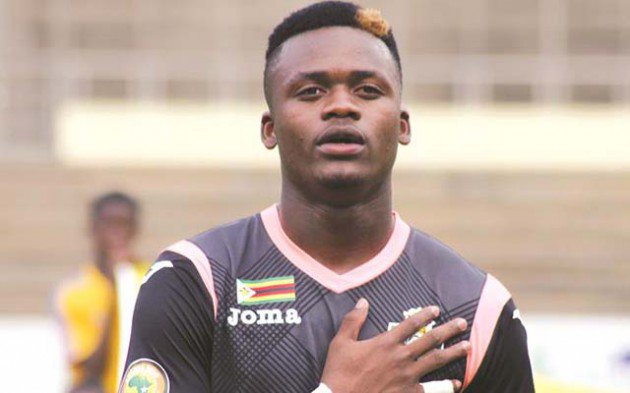 Mukuruva’s contract expired on December 31, last year and the goalkeeper, who was part of the Warriors squad at the Africa Cup of Nations tournament in Gabon, is not sure about his future.

The 21-year-old has been a noticeable absentee at the Glamour Boys pre-season training sessions and this week coach Lloyd Mutasa demanded that he make a quick decision.

However, it emerged yesterday that the Glamour Boys have not come forward for negotiations with the player.

Mukuruva’s manager, Gibson Mahachi, said they are still waiting for an official word from DeMbare.

Mahachi said it was obvious they gave the Harare giants first preference, but Dynamos have not approached the forward to discuss their interests.

“Remember he was away in Gabon and featured in all of the Warriors games. Probably he needed some more time to rest. That could be the reason he hasn’t attended training.

“Furthermore he is out of contract.

“I don’t remember talking to Dynamos this year. They have not said a word and we are waiting to hear from them. Probably they are not ready but I’m sure when they are ready they will come.

“The ball is in their court,” said Mahachi.

Dynamos, on the other hand, have been claiming that negotiations are taking place.

Mutasa even expects him to attend training with the rest of the players.

Mahachi confirmed that DeMbare have made significant strides in settling the outstanding debt on his previous signing-on fees, which could have been a hindrance on the part of the club, but contract talks are still to begin.

“Of course, they owed him some money but they have settled much of the debt. It’s only a small balance left, which makes the negotiations even easier.

“Either way, there was absolutely nothing that could stop them from negotiating. He is a free agent and the first preference is Dynamos if they want him.

“But then we hear they have given him an ultimatum to make up his mind, is that how to negotiate?” said Mahachi.

Mukuruva yesterday told The Herald that he has not made up his mind yet. He said he will probably start training next week after the dust has settled.

“So far I am on zero. I am resting and probably from next week I should have a clearer picture of what I have to do next. At the moment I am out of contract.

“Officials from Dynamos phoned me some time back and expressed that they wanted my services. But I referred them to my manager because he is the one who represents me.

“So whatever happened afterwards I don’t know. I haven’t been given any feedback,” said Mukuruva.

The youthful goalkeeper has been the first choice at DeMbare for the last two years after taking over from George Chigova.

But he could have attracted attention from scouts at the recent AFCON tournament where he made a number of crucial saves in a largely disappointing campaign.

“AFCON was a good experience although the results didn’t go the way we would have wanted. It was disappointing to exit early but we have to pick ourselves up as a nation.

“We really need to focus on the upcoming qualifiers for the 2019 tournament. It’s important that we do well. So we need to get good preparation,” said Mukuruva. The Herald

#ThisFlag protest pastor arrested on return to Zimbabwe from U.S.