In the face of alarming levels of unemployment (formal), hardworking and enterprising Zimbabweans have found relief in vending and other informal ways of trading as a way of survival. This has been a flourishing venture and it boggles the mind on how Mr Mugabe’s desperate blue-eyed boys Kasukuwere and Parirenyatwa are now bent to destroy the trade blaming it for typhoid. 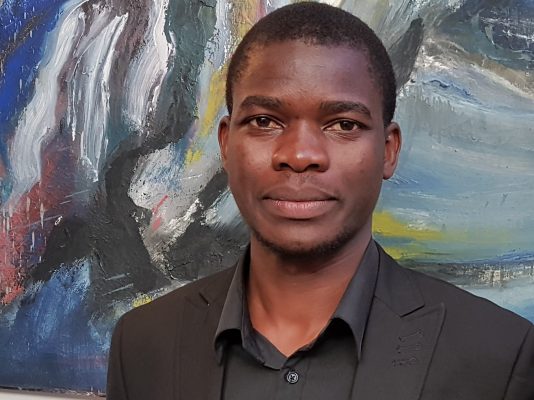 The existence of typhoid today is a creation of ZANU-PF, I say this because in 2013, upon sensing electoral defeat in 2013, through the then Minister of Local Government (Chombo) they effected a shocking directive to all local authorities to cancel debts owed to them by ratepayers. Now the consequences of this populist decision are now manifesting in the form of typhoid.Typhoid was never invited by vendors through selling their wares in the CBD nor has it been caused by MDC-T led councils as some may want us to believe through shallow propaganda machinery.

When debts were cancelled, it meant that local authorities were to struggle to raise revenue to invest in their day to day expenses chief among them being water treatment. I am not here to condone the supply of unclean water or the permanent non-supply thereof typical of many suburbs today. Nevertheless, I fully understand the difficulties faced by these local authorities in their quest to raise sufficient revenue to cater for the several responsibilities on their shoulders.

The 2013 cancellation of debts regrettably set a very perilous precedence, thus many ratepayers today are reluctant to pay their bills on the pretext that come 2018 ZANU-PF will again direct the debts to be cancelled hence there is no need to pay their bills now. On the other hand, some ratepayers who have been loyal in paying their bills have decided not to pay because those who were not paying in the past benefitted at their expense.

With this in existence local authorities across have been facing a torrid moment in raising revenue and as such they have failed to deliver services as expected. This has directly led to failed WASH matters in Zimbabwe specifically in the capital. Burst sewer pipes have gradually become a permanent feature and we continue to witness the discharge of raw sewer in the water sources which makes it more expensive to purify. In a nutshell, present demands have become extremely way above the financial capacity of the local authorities.

Therefore, it is folly for the inter-ministerial committee to implement a ban on vending, let alone to blame vendors for causing typhoid. This move is tantamount to addressing symptoms yet totally evading the cause, vending today is only a source of living and not a source of typhoid.

The solution to typhoid is not in chasing away vendors in the streets but it is in the government’s ability to take ownership of their responsibilities. Vendors are just but innocent citizens seeking survival in the face of unemployment, something that was equally created by the same government through its daft way ward policies.

Before the government seeks to displace vendors, they should primarily seek to clean their mess which is pinned on unfettered interference of Ministers in the operations of local authorities through unending directives. I feel so sorry for the MDC-T led Harare City council which is caught in a cross fire of cleaning a mess deliberately designed by ZANU-PF.

It should be known to the world that it is not the vending activities in the CBD neither is it the council’s failure that has plunged us in this crisis. Instead it is the continued unfettered ministerial powers that have weakened the council’s capacity to independently ensure faultless service delivery.

He writes in his own capacity and can be contacted via email: igwetetso@gmail.com