By Nqobile Tshili and Cynthia Dube

A man from Mzilikazi suburb in Bulawayo has been arrested for allegedly killing his 79-year-old mother using an iron rod after he was told by members of an Apostolic sect that she was bewitching his ailing daughter. 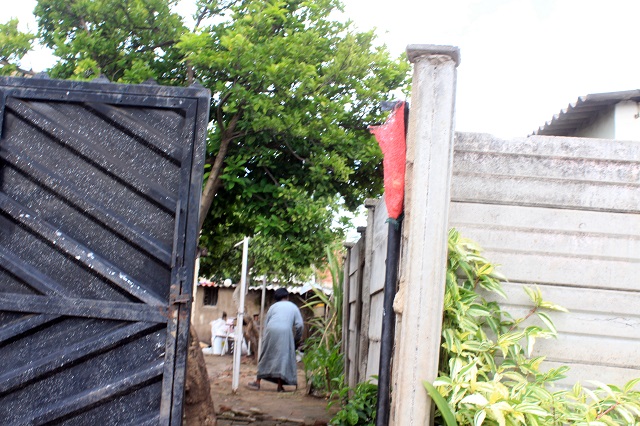 Amadi Nyathi allegedly bludgeoned his elderly mother in the early hours of yesterday at the family home at number R79 Mzilikazi.

He was arrested and detained at Mzilikazi Police Station and is expected to appear in court on a charge of murder soon.

Nyathi, who is said to be in his 30s, allegedly killed his mother whose name could not be established immediately after he went to an Apostolic sect and was told that she practised witchcraft.

Unnamed members of the sect blamed the woman for an undisclosed illness afflicting her granddaughter.

A neighbour, who spoke on condition of anonymity, said matters came to a head after Nyathi allegedly caught his mother conducting some rituals at their home.

“Nyathi approached an Apostolic sect which said his mother was to blame for the child’s illness.

“He caught her doing rituals using his undergarments. After being caught, his mother did not show remorse,” said the source.

The Chronicle yesterday visited the family’s residence but mourners declined to shed more light on the matter.

“We’re mourning our grandmother’s death and we have no comment,” said a woman at the wake. Police could not immediately comment on the matter.The Chronicle