What Africa needs are more NANA’s

‘In today’s Africa where a brotherhood of dictators and kleptocrats in charge of this continent have destroyed the great African vision left by the fathers of our land the likes of Kwame Nkrumah,Nelson Mandela,Julius Nyerere etc. Today Africa is in the hands of a brotherhood which defend each other in murdering, massacring and butchering it’s own subjects, looting it’s resources and fattening their personal pockets at the expense of the starving majority. But with the coming in of Nana Akufo Addo who chose to recognize the democratic leader of Zimbabwe Morgan Tsvangirai and invited him to his inauguration leaving the seasoned dictator Robert Gabriel Mugabe aaaaaaw my hope for a better Africa has been reignited.’ 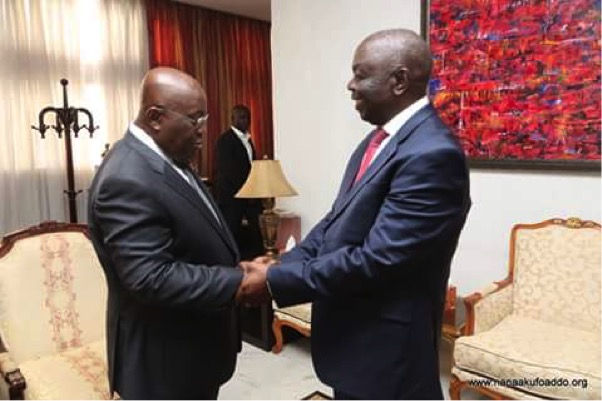 African leaders especially those in Southern Africa were all aware of gross human rights violations which happenened in Zimbabwe and how Robert Mugabe has made millions of Zimbabweans suffer in abject poverty. But how many can dare advise him (Mugabe) to step down in the best interest of millions of starving Zimbabweans? Doing so (failing to tell each other the truth) is called Pan Africanism and African brotherhood.

Thabo Mbeki the former President of South Africa knew it all that Mugabe was butchering suspected opposition activists and committing serious crimes against humanity but he did all his best to protect Mugabe. God forgive me on this one, I will never forgive Thabo Mbeki for that sin.

He is a man who was supposed to give first hand evidence of what was happening in Zimbabwe with millions of Zimbabweans flocking into his country. But as a seasoned ‘Pan Africanist’ he chose to protect Mugabe and made sure that he remained in power. The biggest problem in Africa is not the West but a brotherhood of dictators and thieves calling themselves the African Union who are destroying Africa with their own hands only to later blame the West for their own mistakes.

I was touched to see Zimbabwe’s opposition leader Morgan Tsvangirai being invited to President Nana Akufo Addo’s inauguration and later on having a briefing with President Addo on the sidelines of the inauguration. How many African leaders can do that? Just like the late Chief Moshood Abiola of Nigeria,Tsvangirai won Zimbabwe’s elections several times only to be denied his victory by Mugabe’s electoral rigging machinations.

So indeed Morgan is the democratically elected leader of Zimbabwe being denied access to the state house by the evil forces. So Nana chose to respect the will of the people of Zimbabwe rather than pleasing his fellow African Presidents like what many African leaders are doing compromising the people interests and trying to please each other covering up each others’ sins on our continent.

What Africa needs are more Nanas by this I mean leaders who will choose to respect democracy (like what President Nana Akufo Addo has done) than to please the tyrannical African brotherhood ravaging our continent. So thumbs up to Nana Akufo Addo, we need more leaders like him who will choose democracy than having ties with dictators and misleaders of Africa.

Why would a democratically elected leader invite riggers and dictators like Robert Mugabe to his inauguration it’s like inviting the devil to Jesus’ birthday how does that work? I wish Africa will have more Nanas in the coming years and that will be a step ahead towards reaching the promised land; a democratic Africa.

So how did Mugabe felt seeing Morgan being recognized like that in Ghana? It’s high time the old man smells the coffee and see that he is becoming more of an inconvenience not only to Zimbabwe but to Africa.

Nkosilathi Emmanuel Moyo is a human rights defender based in the small mining town of Kwekwe,Zimbabwe. For feedback whatsapp him on +32485850059.