A SHOCKING last-gasp miss by Nyasha Mushekwi prevented the Zimbabwe Warriors from recording a famous victory over Cameroon in their backyard in an international friendly in Yaounde last night, which ended 1-1. 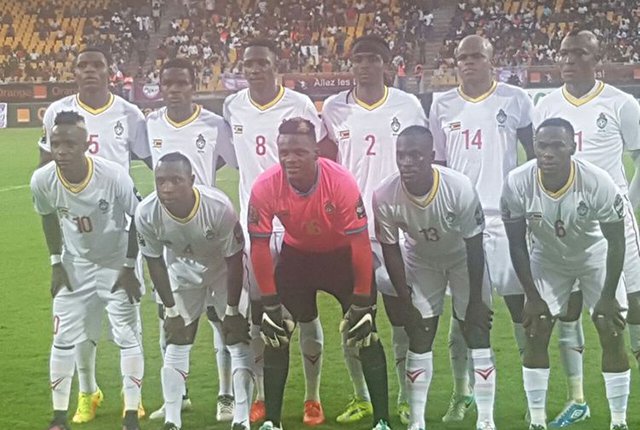 The China-based striker was presented with a golden opportunity to win the match deep in time added on, but he somehow missed when it appeared easier to score.

Mushekwi had come in as a 65th minute replacement for Cuthbert Malajila after Warriors coach Callisto Pasuwa rang the changes in the second half and brought in his talisman Khama Billiat, Knowledge Musona, Oscar Machapa, Matthew Rusike and Bruce Kangwa.

Then the Indomitable Lions were awarded a penalty when forward Sally Edgard was adjudged to have been felled in the box and the hosts’ skipper Benjamin Moukandjo converted, to ensure the two sides went to the breather level.

It remained level until the end of the game although Mushekwi unbelievably dragged his low shot wide after being sent clear on goal by fellow substitute Knowledge Musona in the second minute of the referee’s five minutes of optional time.

Pasuwa’s men will now head to Gabon tomorrow with their confidence still intact after having also fought a 0-0 draw against Cote d’Ivoire in Abidjan on Boxing Day.

Warriors assistant coach Mkhupali Masuku says the hot and humid conditions that greeted them on arrival in Cameroon should give them the perfect setting they wanted in their final leg of the preparations for the Africa Cup of Nations tournament.

Masuku said the team was in good spirits despite the hectic travel arrangements which saw them traveling in batches to Addis Ababa where they regrouped for the final leg of the journey on Sunday.

The team was welcomed by the humid conditions currently prevailing in the region and Masuku believes the Warriors will use their time in Cameroon to acclimatise before crossing the border into neighbouring Gabon for the tournament.

The international friendly against Cameroon was the last competitive preparatory match for the Warriors ahead of the group matches which start this Saturday.

“Whether we travelled as one group or in batches, what is important is that everyone is here and is raring to go. This (match against Cameroon) is the best competition that we can get.

“Our flight was hectic but finally we got here. Yaoundé is as humid as Gabon. It’s a good preparation for us,” said Masuku.

Zimbabwe are in Group B where they are set to face heavyweights Algeria, Tunisia and Senegal.

They open their campaign on Sunday against the Desert Foxes of Algeria before meeting the Senegalese four days later in Franceville.

Their last group match will be against Tunisia on January 23.

Masuku yesterday said the match against Cameroon was very crucial since they had not managed to play a competitive practice match before departure.

The Harare City coach said the match was crucial to test combinations and to gauge their preparedness in terms of fitness.

Meanwhile, Total Zimbabwe will today add to the excitement in the build-up to the tournament when they unveil the Total AFCON Warriors Fan Bus.

Total Group are the new sponsors of all CAF tournaments after signing an agreement last year to support CAF’s ten principal competitions, starting with the upcoming Africa Cup of Nations in Gabon.

Managing director of Total Zimbabwe Christopher Okonmah yesterday said the unveiling of the Fan Bus was in the spirit of sustaining and growing support for the Warriors during the run-up to the Africa Cup of Nations tournament.

The Total AFCON Warriors bus will from today drive through the CBD along the following route: From Simon Vengai Muzenda (Fourth Street) Bus Rank proceeding to Joina City, down towards Copacabana and ending its route at Market Square.

Total Zimbabwe created the AFCON Warriors Fan bus as a means to celebrate the Warriors and to give Zimbabweans an opportunity to show their unwavering support for the national football team.

“We believe that the fans play an integral part in the spirit of winning. The Warriors qualification for Total AFCON 2017 after ten years is a significant part of Zimbabwe’s football history and we want boost morale for the team by rallying up the fans,” said Okonmah.

Commercial Manager of Total Zimbabwe Chris Kasima also said Total Zimbabwe is holding a competition where the winners get an opportunity to fly to Gabon to watch the final game.

“We are currently running promotions and competitions that are specifically geared towards our football fans in January and we hope that this can act as a booster for Zimbabweans to actively engage with the Total AFCON 2017 tournament,” said Kasima. The Herald