Massive rains are expected to drench most parts of Zimbabwe, as floods have wreaked havoc in low-lying areas like Gutu, Masvingo. 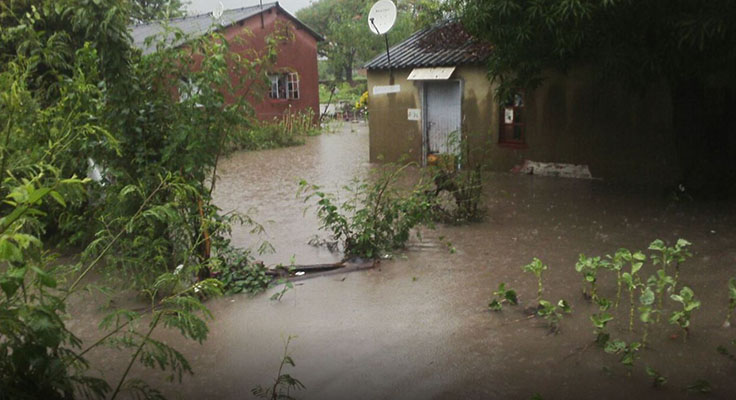 The flooding of geomorphic low-lying areas comes as the Meteorological Services Department (Met Dept) has warned of more rains and potential flooding.

The Civil Protection Unit (CPU) — tasked with maintaining a disaster risk management framework in line with international best practices — said besides Gutu, other areas that have been hit by the flash floods so far include parts of Guruve, Mt Darwin, Chitungwiza, Marange, Buhera, Mutasa, Bulilima, Mangwe and Victoria Falls.

“The department is continually advising the public through radio and television adverts. Pamphlets are also being distributed on precautions,” she said.

The weather service said several rivers or creeks were flooded or threatened to top their banks.

Met Dept has warned the public to avoid crossing flooded rivers and swollen streams where the depth is unknown.

But an emergency agency spokesperson said there had been no reports of fatalities or serious damage.

It was unclear by the time of going to print yesterday how many mud huts were destroyed and livestock swept away following the storm that left a trail of destruction.

Zimbabwe’s ability to deal with flooding is compromised as the country’s cities are plagued with blocked storm water pipes while drains along major thoroughfares and feeder roads are clogged with garbage.

The situation has been made worse by illegal structures blocking the storm water systems, making the country’s road unprepared for high volumes of water.

Motorists have been advised to avoid driving on roads covered by water.

“Be especially cautious at night when it’s harder to recognise flood dangers,” the Met Dept said in a recent flood alert. In case of severe thunderstorms, if outdoors, seek shelter immediately but do not seek shelter under a tree or in isolated sheds.” Daily News