Hip hop musician Stunner’s wife, Olinda yesterday poured her heart out claiming the artiste cheats on her with teenagers and still communicates with his ex, Pokello. 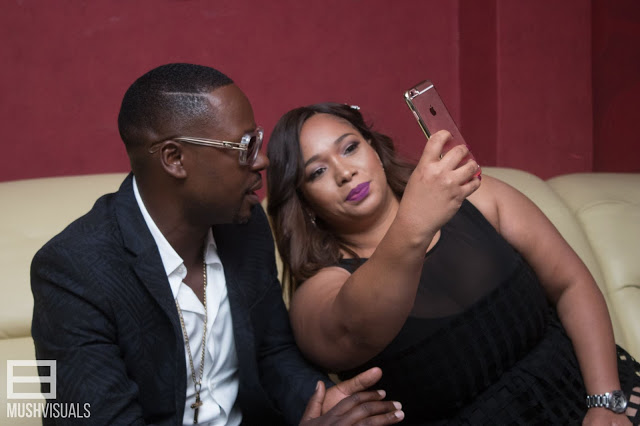 Olinda took to her Facebook page to open up to friends via live streaming.

Starting the video, Olinda disses the Dhafu Korera hit-maker calling him an a** for cheating on her with teenagers.

“That person called Desmond Chideme is an a**. How can I work 24/7 for a man to start cheating on me and taking my things to give his teenage girlfriends? How does that work?” quizzed a disheartened Olinda.

“I’m disappointed by this man. The whole world told me to leave him alone, but I stood by him as I believed in him. I gave him everything and was there from beginning to end. But what do I get in return? Someone who gives other people things I’ve worked for?”

She said he was broke before meeting her and she went the extra mile to get him on his feet once again to reclaim his lost glory after he was dumped on TV by popular socialite – Pokello Nare.

“Everyone knows how his life had gone downhill. I lifted him up with my hard-earned work and sweat,” says Olinda as tears start rolling.

She alleged that Pokello, now married to Ghanaian Elikem Kumordzie, is constantly in touch with Stunner.

“I’ve never cheated or lied. Dezzie and Pokello have been calling and texting each other in this house and I’ve been quiet and this is what I get at the end of the day.”

As the video goes on, Olinda will be walking around a well-furnished house which she said she worked hard for, but had since been turned into a love nest by her cheating husband.

“This man never had a headboard and I bought a $3 000 suite for us to sleep comfortably together, yet his girlfriends’ leave cheap phone covers on my bed.”

Olinda, who got customarily married to Stunner in April last year, said she is ridiculing Stunner as a way of revenging.

“Today is the day I’m going to let my dirty laundry hang. I want to hurt this guy where it hurts most because he’s out there pretending like his life is good yet it’s me who made him. He could not afford to pay his rent, he had no sofa or anything.

“Within a month, Stunner had crashed a $40 000 car I bought for his birthday. I paid for the Audi, Lexus limited edition and Mercedes Benz he’s driving right now thinking I was building up my husband.

“These girls, the Versace, Gucci’s they see, I’m the one who buys them and dresses Stunner. The award he got recently for best dressed, I dressed him and paid for all this,” states Olinda as she opens Stunner’s closet, dropping some of the designer clothes.

She then threatens to commit suicide but a lady referred to as Tsungi gets into the room and pleads with her not to.

Turning to Stunner’s album launch that was held at a plush spot in Harare, Olinda said she was behind the success of the launch as she had paid for everything.

“I’ve voice notes where he told me he couldn’t be a rapper dating the fattest girl in the club,” she added.

“So I went for cosmetic weight loss surgery three weeks ago and I almost died because of this man, trying to make him happy. I’ve kids to look after and I don’t deserve this. I’ve been paying school fees for his daughter to go to a good school yet this man treats me like I’m nothing.”

Efforts to secure a comment from Stunner on the allegations failed yesterday as his mobile was ringing unanswered.

However, a mole close to the couple said: “From the cheating with younger girls, to the house he lives in, to the clothes that he wears it’s all Olinda’s sweat. Stunner is just an image and without Olinda he is nothing. When she is away this is what Stunner does and people in the industry knew this was happening behind her back. It’s time for him to face the music with his wife.” The Chronicle

Bosso not in a hurry to appoint CEO