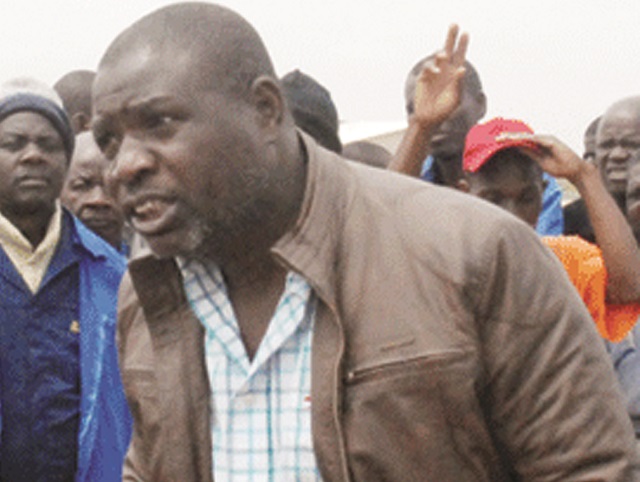 The eventual decision to reject the motion, which was tabled by ward one councillor, Mlandu Ncube, followed a heated debate in which councilors argued that despite the late Zipra general having played a role in liberating the country, he had made no contribution to football in both the city or the country, to deserve the stadium to be named in his honour.

Councillors instead decided to consult residents on how to honour Masuku.

‘We need big support from our amazing fans’

Costs keep piling up for Zifa

In tabling his motion to council’s street naming sub-committee, Councillor Ncube noted that this would help the city and the nation as a whole to remember that for independence to be achieved there are people who sacrificed their lives.

“I am writing this letter as a motion moving that we as council we rename our big stadium Barbourfields to Lookout Masuku stadium. General Lookout Masuku was a great soldier who fought the liberation struggle. I see it not good to not preserve this name yet we still have colonial names.

“We need to celebrate this great commander who was peace-loving. We already have people who were junior to him being honoured with streets and suburbs’ names. I think this will be a good move as it will keep reminding us that for us to enjoy this freedom there are people who sacrificed,” reads part of the motion.

However, in outrightly rejecting the motion, officials from the local authority’s department of housing and community services noted that since  Masuku was a national hero, it was the Government that bestows heroes’ names on monuments and not local authorities.

“You can never obliterate history. History shall forever be made and be a part of humanity. I therefore would not support the change of name of the stadium. Just because it is an English name does not make it colonial. ‘Lookout’ is also an English name.

“Secondly, and admittedly, Lookout Masuku is a hero to all and sundry, but what is his link to soccer? We have never heard of his interest in soccer. Lastly, Masuku was a national hero, and as such, it is Government that bestows heroes’ name on monuments and not local
authorities,” reads an objection to the stadium name change.

Debating during the full council meeting held at the council chambers on Wednesday, most councillors were of the view that no one should tamper with the stadium’s name as it was a landmark in the city that had a huge bearing to the city’s history.

Ward 17 councillor Ephraim Ncube said there were bigger football legends that could have the stadium named after them but still this was impossible as the stadium was itself a landmark that had to be kept as it was.

“Some of our younger councillors might not know Taffi Moyo, who did a lot for sports especially football in the country. Actually to be honest if there was anyone we could name Barbourfields after; it should be Taffi Moyo, as he did a lot for that stadium.

“Besides Taffi, we have a lot more footballers that we can honour besides Lookout Masuku. Yes he did a lot, which we appreciate but let’s look for other means of honouring him,” said Councillor Ncube.

Councillor Collet Ndhlovu of ward 28 concurred with Councillor Ncube noting that councillors should not be waylaid into passing decisions that would affect the city’s heritage. The Chronicle

Stunner goes back home, appears to be back with Olinda

‘We need big support from our amazing fans’

Costs keep piling up for Zifa

What is BF’s carrying capacity