Dynamos coach Lloyd Mutasa did not vote for his player Godknows Murwira, who made it into the 2016 Castle Lager Soccer Stars of the Year finalists, according to the voting that was made public by the PSL yesterday. 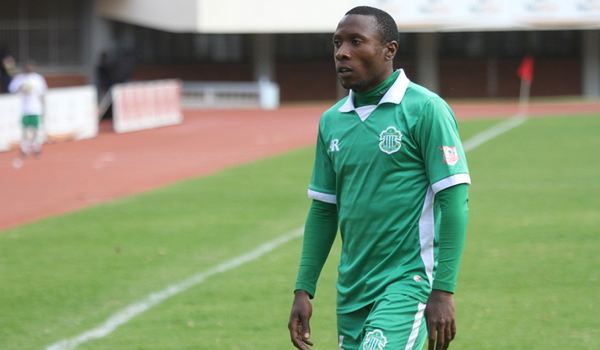 Instead, Mutasa voted for Masimba Mambare and Godknows Mwerahari during the selection process held last month in Harare.

Triangle United captain Lameck Nhamo and The Herald writer Takudzwa Chitsiga were the only two people on the voting panel that did not pick a single Highlanders player in their preferred 11.

Nhamo voted for himself and that was to be the only vote he picked from the panellists, joining 27 other players that received single votes.

According to the voting list, 48 panellists voted for FC Platinum’s Petros Mhari as Goalkeeper of the Year, while the likes of Ariel Sibanda of Bosso, Nelson Chadya of Ngezi Platinum and Dynamos’ Tatenda Mukuruva had a single vote each.

Sibanda got a vote from his coach Erol Akbay while David Mandigora settled for Chadya and Newsday’s Tawanda Tafirenyika was convinced Mukuruva was the best goalie in 2016.

In the Coach of the Year category, Bosso’s Akbay selected Tonderayi Ndiraya, who had three votes, with the other two coming from ZBC’s Sibongumusa Dlodlo and Sikhumbuzo Moyo from Chronicle Sport.

The Sunday News’ Mehluli Sibanda was the only admirer of Akbay.

Highlanders’ Prince Dube, who won the Rookie of the Year award, got 39 votes, with the duo of Chadya and Harare City’s Tatenda Tumba getting six votes each.

For the top three finalists, Soccer Star of the Year Hardlife Zvirekwi had 151 points followed by his teammate Leonard Tsipa, who managed to gather 108 points, while Petros Mhari got 86 points.

Winston Mhango of FC Platinum was fourth with 53 points and Highlanders’ defender Peter Muduhwa emerged fifth with 25 points while Murwira got a single point, thanks to Mandigora. This is the first time in the history of the selection process that the votes have been made public through the PSL’s official website.

Readers can view the full list on this PSL link: http://www.premierleague.co.zw/downloads/soccer-stars. Chronicle