A-25-year-old woman drowned during a baptism session in Shashane River in Kezi. 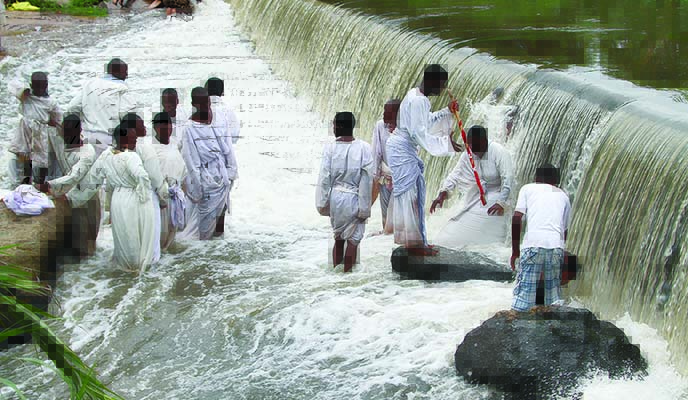 Tracy Ncube of Asibambaneni village, under Chief Nyangazonke, drowned at around 6PM during a Twelve Apostolic Church baptism ceremony on Wednesday and her body was retrieved the following day.

Man battles for life after attack

“We received the report on the drowning of a woman in Shashane River. After congregants failed to retrieve the body, they reported the matter to us. Our team also failed to locate the body that night and we had to engage the Sub Aqua Unit. However, before the Sub Aqua team arrived villagers assisted in retrieving it,” he said.

“During this period of the year, cases of drowning normally increase and we therefore appeal to members of the public to desist from attempting to cross or doing any activities in flooded rivers,” he said.

“I always advise villagers to desist from having church activities and services in the bush or rivers as they usually result in rape, robberies and drowning. Why not build church premises, instal all requirements there and do all services at the church to avoid rivers and bushes?” asked the chief.

“Pastors are also sometimes not aware of the depth of the rivers they use; therefore they should not risk people’s lives.”

The chief said some churches conduct services at night in the bush and start fires resulting in veld fires.

“We are receiving a number of abuse cases from churches and I advise churches to conduct their activities in broad daylight and at church premises, avoiding secluded places,” he said.

“In a way, some of those church practices infringe on the rights of the community’s freedom because those rivers and bushes do not belong to the churches alone. Chronicle

36 months each for shoplifters

Man battles for life after attack