Things not tight for Willom Tight

He had been quiet for a long time and sceptics were quick to write him off as a spent force while others jumped to conclusion that things were quite tight for Willom Tight as his career seemed to have hit rock bottom. 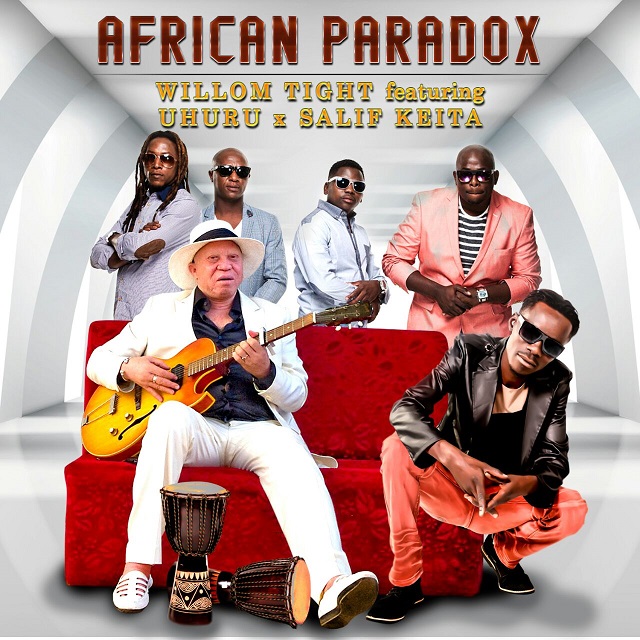 The musician, however, made a comeback and is giving his fans an early Christmas present in an album which features some of the crème de la crème artistes in the African continent.

In an interview, Shamiso Music and Entertainment spokesperson Gilbert Muvavariwa said there was no better way of celebrating the festive period than having the most anticipated official release of the single African Paradox by Willom Tight featuring the phenomenal super afrobeats group of South Africa, Uhuru as well as the golden voice of Africa, Salif Keita.

“This is a street banger and yet a conscious song that challenges the current Pan-African dogma. This time around, Shamiso Music & Entertainment signed Afro Jazz star, Willom Tight and is expecting to work well with him. He is an experienced artiste,” he said.

A look at stars in the family

Gilbert said working with Willom Tight was an amazing experience that brought together different cultures and sounds of music blended to come up with one amazing piece. He said from the first crack into the song, African Paradox, one could justly pick up the Uhuru trademark on it, with quite an enthusiastic vibe.

“It was awesome working with the bests of the best…I mean legends in one place. The professionalism in the studio was unmatched,” he said.

He said the forthcoming album entails soul soothing, guitar rhythmic stories that capture the innermost sensation of the soul.

He said it would be available to the public on 26 December.

“The album is journey in sound and will showcase versatility in the sound architecture which is lacking on most albums by other artistes,” he said.

Gilbert said Willom had a talent for writing songs that reflect on the daily life and struggles of the people. His career has been decorated with successful hits as well as memorable local collaborations among them one with Mateo & Friends where they did their hit, Pamuhacha.

“It is always a blessing to work with people that understand where we come from and relate to the things that people go through in their daily lives. Willom Tight has been aiming at taking his music across Africa, hence his collaborations with musicians drawn from across the continent on his forthcoming project,” he said.

Willom Tight is a vocalist and songwriter who can be best described as a musical powerhouse, who best reflects contemporary Afrocentric-soul music. He sings in Shona interspersed with a bit of English, and the lyrics often have special or hidden messages. Sunday News

A look at stars in the family