Revived Bulawayo textile company, Archer Clothing has set sights on re-employing 400 of its workforce which was laid off in the middle of the year. 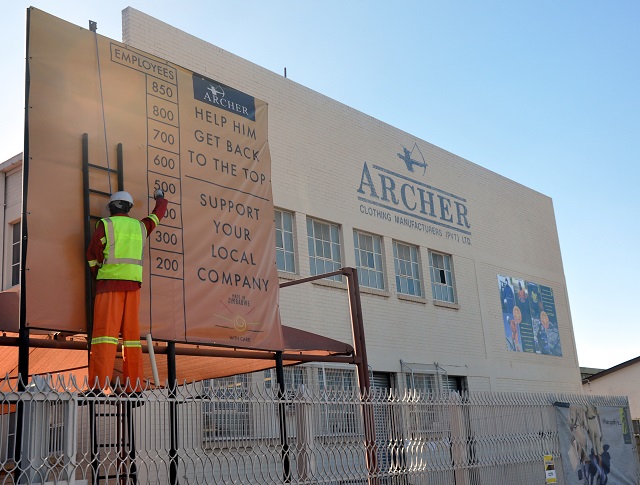 Archer Clothing managing director Mr Jeremy Youmans said the company’s business was on a rebound largely due to a surge in exports, a situation which has seen its workforce reverting to normal working days.

After retrenching 400 of its 631 workers in July, the company was further forced to reduce its working days from five to four a week as its business fortunes continued to slide due to a drop in local orders and export competitiveness which had constrained its ability to grow export orders.

“Our export orders have been increasing. This has enabled us to put the factories back onto a five day per week as we had been on a four day a week for six months. We export about 50 percent of our output,” said Mr Youmans.

“We are hoping to grow the export markets further through product diversification, customer diversification and penetration and improved brand awareness,” said Mr Youmans.

After creditors of Archer Clothing Manufacturers approved its take-over by Harare-based Paramount Garments early last year, saving it from liquidation, the company had projected to employ 850 workers by year 2016.

“We hope to be able to re-employ that number by June 2017 but that will depend on how successful we are in growing our order book,” said Mr Youmans.

He said the company’s capacity utilisation was hovering around 30 percent but prospects are high that it would increase to about 70 percent by June next year.

Mr Youmans said the company’s leather products manufacturing factory, which was opened in November last year was working in full capacity although it was experiencing low uptake.

“The regional market is awash with cheap leather protective wear and buyers are still too focused on unit price rather than the total cost of the protective equipment. Our goods are some of the best in terms of quality available in the region and will outlast other goods by more than four times.

“Companies can save a lot of money by buying quality and reducing their average costs.

“But many buyers still want to focus just on the price today. We are developing it into the region and particularly South Africa, and expect to have to expand the factory during 2017,” he said. Sunday News

PSL title. . . It was won where it began for Sibanda, Muchambo