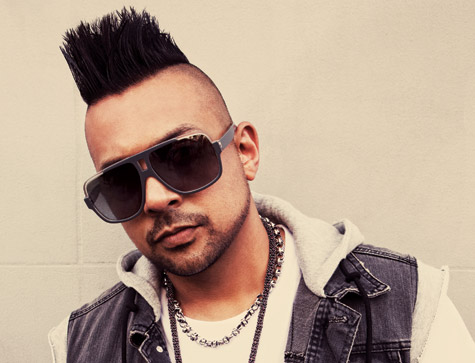 The single, which featured English songstress Dua Lipa, was released via several digital streaming outlets on November 18 as a promotional cut from his upcoming seventh album.

Working with Grammy award winner Sean Paul is without doubt the highlight of Pip’s career since he relocated to Los Angeles, California to join fellow Zimbabwean producer and childhood friend Tinashe “T- Collar” Sibanda, who co-produced Rita Ora and Chris Brown’s hit song, Body On Me.

The former St. George’s College student confirmed his role on “No Lie” in an interview with the Daily News.

“Yes I produced “No Lie” which was released a fortnight ago,” said Pip who also took to twitter to make the big announcement.

“Super excited for this new @duttypaul feat. @dualipa !! Had an awesome time working on this one…”

In an earlier interview with the Daily News the rising producer thanked America-based T- Collar and Grammy Award-winning Zimbabwean producer Brian Soko for showing him the ropes.

“I also work with Brian (Soko) after having been introduced to him by Tinashe. Tinashe and Brian have done a good job of giving us a blueprint of how a Zimbabwean producer can make it in America. I am lucky to have such great examples to follow,” said Pip then.

Though the United States of America has provided Pip with a great launch pad to take his career to a new level, the young producer relishes the work he did with local artistes who include Simba Tagz, Fungai Nengare, DJ Macson, Vaeso, Dutch and Taps Mugadza, who has also moved to America.

“Zimbabwe has so much talent and I would really like to work with rapper Junior Brown because I am big fan of his music. I think he is one of the most talented artistes I have ever met and I hope to be a part of his story as the journey unfolds,” he told the Daily News. Daily News