A foreign correspondent working in South Sudan says he has been deported for being too critical of the government. 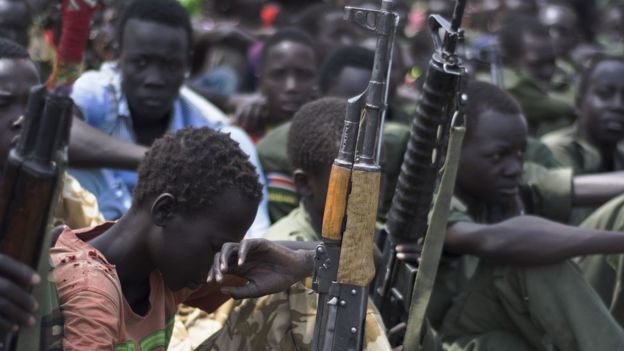 Justin Lynch, an Associated Press freelancer, said he had been arrested by government agents.

He recently reported on evidence of ethnic violence and alleged abuses committed by government troops.

A spokesman for the South Sudan’s president said he was not aware of Mr Lynch’s deportation and could not yet comment.

On his arrival in Kampala, Uganda’s capital, Mr Lynch tweeted that his deportation was a violation of press freedom.

“The officers did not officially present me with a reason for my arrest and deportation, but repeatedly said my reporting was too critical of the government,” he said.

“As an international journalist, it is an unfortunate reality that I am privileged compared to my brave South Sudanese colleagues who are frequently the victim of intimidation or even death.”

According to the AFP news agency, the 25-year-old was the last foreign reporter living in South Sudan and had been in the country for about a year.

Members of the security service temporarily seized his mobile phones and allowed him to pack a bag after his arrest, the Associated Press reports.

“Any move to suppress legitimate journalism and truthful reporting shedding light on humanitarian crimes is wrong and should be condemned. We hope that the government of South Sudan will reconsider its actions,” said AP executive Ian Phillips.

Last week, a UN Human Rights Commission in South Sudan warned that ethnic cleansing was taking place in the country, something that President Salva Kiir has denied.

A peace deal to end the conflict has floundered. BBC News

The true State of the Nation: if the President truly loved Zimbabwe