A Harare man has dragged Movement for Democratic Change (MDC) leader, Morgan Tsvangirai, to the Labour Court for failing to pay for political consultancy he claims to have provided to the former prime minister in the run-up to the 2013 harmonised elections. 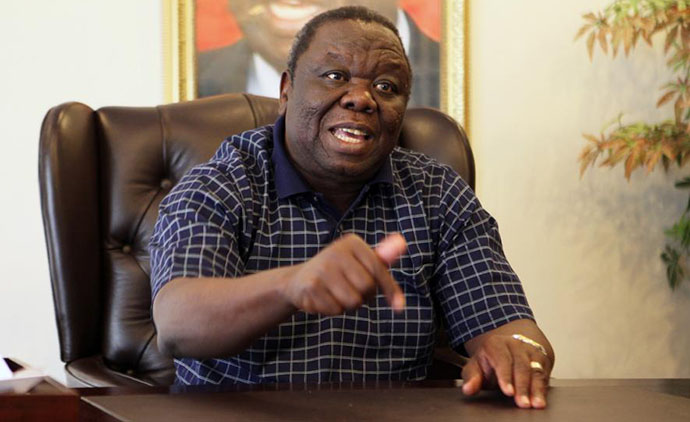 Moreprecision Muzadzi, president of the little-known Voice of the People party, has approached the court seeking permission for his case to be heard late saying this was because he had confidence that a person of Tsvangirai’s stature would act in good faith and honour his side of the bargain without the trouble of going to court.

In the Labour Court case number 988 of 2016 filed on October 31, Muzadzi claims his services to Tsvangirai involved lobbying leaders of all opposition parties in Zimbabwe not to contest the 2013 presidential elections, but to rally behind the MDC-T candidate, on the understanding that he would be paid in cash and kind, which promise Tsvangirai has since reneged on.

“I did a job for Morgan Richard Tsvangirai from January 2013 to July 2013 as a negotiator for his opposition grand coalition project for his presidential candidature in 2013 presidential elections,” wrote Muzadzi in his founding affidavit.

‘MDC going to talks for reforms’

“Manasa Tsvangirai and Morgan Komichi (MDC-T deputy national chairman) represented Morgan Tsvangirai in the negotiations and had his power of attorney,” wrote Muzadzi, who is a self-actor in the case.

Muzadzi said he managed to get leaders of at least 16 opposition parties to agree to stand aside in favour of Tsvangirai in the 2013 presidential election race and the clandestine project was allegedly supported by the embassies of Australia, the United States and the head of the European Union delegation in Zimbabwe.

Mukwazhe is the president of yet another microscopic political outfit, the Zimbabwe Democratic Party.

Muzadzi claims that after Komichi took him and Mukwazhe to meet Tsvangirai at his residence in Highlands on April 20, 2013, the then Prime Minister asked them to provide him with their cost so that he could reimburse him.

At the same meeting, Tsvangirai is reported to have promised the duo a Nissan NP200 vehicle each.

Muzadzi claimed that after they brought all the opposition leaders to meet Tsvangirai at the MDC-T Harvest House headquarters, some of the leaders were not pleased with Tsvangirai’s technical team and disagreements ensued.

He said at this stage, Komichi was arrested over a case involving special ballot papers and Mukwazhe—unhappy that they had not been paid by Tsvangirai—decided to take his support to President Mugabe.

Muzadzi said since then, Tsvangirai, who went on to lose the elections to President Mugabe, has been giving one excuse after another, including pleading poverty, until their last meeting at his house on October 10 this year where the MDC-T leader made it clear that he was not going to pay anything since he had lost the elections.

Muzadzi said a follow up with Tsvangirai over the phone showed that the former trade unionist’s position had not changed, hence his decision to approach the Labour Court.

In justifying why it had taken more than three years to take his case to the court, Muzadzi said he did not want to rush into litigation before exhausting all other remedies, especially in view of the fact that Tsvangirai was promising to pay.

“The applicant was of the conviction that the respondent would act in good faith, exercise good labour relations of a labour party leader and treat me with integrity commensurate with a candidate running for presidency of Zimbabwe.

“The applicant didn’t want to tarnish the repute of the former Prime Minister of Zimbabwe over the ‘paltry’ allowances (US$7 800 and Nissan PN200),” said Muzadzi.

Under Zimbabwean law,  labour claims  become invalid after two years, which is the reason why Muzadzi has applied for condonation of late noting of his appeal. Financial gazette

‘MDC going to talks for reforms’

Tim Mutsekwa: Zimbabwe must prepare for hell in 2020