One of the country’s most prominent churches, Zaoga, has been a target for robberies in Bulawayo, with criminals hitting four of its branches in the city this month. 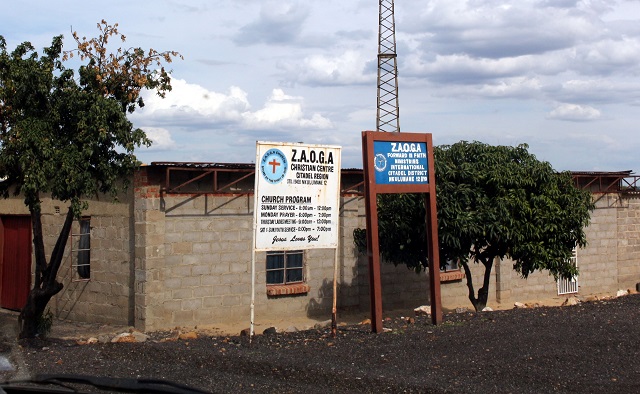 Police have since advised churches to deposit tithes and offerings into banks and employ security guards on their premises to deter thieves.

Zaoga’s journey of a thousand miles

In one of the incidents two suspects armed with a wheel spanner attacked a woman they found praying in the church at about 1AM.

Acting Bulawayo police spokesperson Assistant Inspector Abednico Ncube said two suspects who attacked the woman on November 2 in Nkulumane, got away with nothing.

“They pounced at the church at about 1AM where they attacked the security guard and a female congregant they found praying in the church building. The woman was hit with a spanner on the jaw and fell unconscious,” he said.

“The robbers then proceeded to the caretaker’s house where they found the second woman whom they struck with the spanner on the jaw. The woman screamed and another woman peeped through the window and the robbers saw her before giving chase.”

Asst Insp Ncube said the armed robbers attacked the woman before tying her up with a rope and wire and disappeared with nothing.

He said the following day robbers pounced on the church’s branch in Entumbane and North End suburbs, as well as another in the city centre.

“The robbers broke into a church in North End where they stole a PA system. In the same week they also broke into the church’s branch in Fife Street where they got away with $100,” he said.

He urged churches to avoid hoarding large sums of money, saying tithes and offerings have become targets for robbers.

“We’ve a strong conviction that some of these robbers have intelligence of what would be happening in the churches that’s why a single church was targeted four times in the same month,” he said.

Asst Insp Ncube said police are hunting for the suspects who will face charges ranging from attempted murder, unlawful entry, and theft.

Meanwhile, police have urged members of the public to be wary of criminals and secure their properties as the country approaches the festive season.

Asst Insp Ncube said the festive season results in many Diasporans coming to the city and criminals try to take advantage of the situation.

The festive season runs from December 15 to January 15.

“It’s against this background that as police we urge members of the public to take interest in protecting their properties through target hardening and target removal,” said Asst Insp Ncube.

He said members of the public must increase security at their homes to make it difficult for criminals to break in.

Asst Insp Ncube urged the public and business sector to avoid keeping large sums of money in their homes or offices.

He said fuel stations are some of the areas that have become targets for robbers, urging them to bank their daily takings. Chronicle

Zaoga’s journey of a thousand miles

Sangoma robbed…..The robbers are going to suffer and wander the streets, he…