After the November 18 #munhuwesemuroad that was scuttled by State Security agents through abductions etc one would have expected Zimbabweans to speak with one voice in condemnation of abductions and arrests that took place on this day.But surprisingly Zimbabweans would rather attack those that had chosen to act against the failed regime. 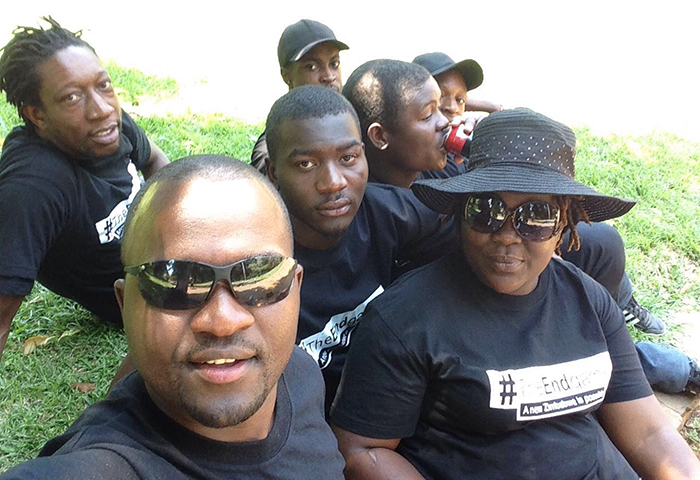 Zimbabweans are suffering, living below the poverty datum line,having to go on with a health system that has more life losses than survivors, having to go for days ,weeks or months without water, having to live in difficult in almost all areas,long bank queues ,a poor infrastructure nationwide ,abuse of human rights by the state and the list is endless.

All this being a result of corruption and continued plunder of the country’s resources ,be they minerals, wildlife and financial resources as well as the loss of confidence by potential investors as they fear political interference that may result in loss of valuable investments.Then the introduction of bond notes has further scared away even more investors with some companies working towards a complete shutdown to avoid trade using the surrogate currency.

Then enter those who have decided to take the government to task on their shortcomings, their failure to deal with corruption and other vices, I will name just a few individuals being Patson Dzamara, Silvanos Bhanditi Mudzvova,Sten Zvorwadza,Linda Masarira, Advocate Fadzai Mahere et al .

Before these named activists could do anything the usual story does the rounds,that they had been paid by the West to lead protests against something that is obviously wrong being Corruption and general mismanagement of the country. If the West is prepared to assist with funds for people to deal with the rot in the country then why are Zimbabweans themselves not pushing for their own cause? Does it mean Zimbabweans are comfortable with the status quo?

Accusations against these civic organisation leaders is they received 100 000 dollars and this had led to disagreements among them for a successful protest in the street, Patson Dzamara has in some quarters been called a grand schemer and attention seeker because he has been at the forefront of seeking answers on his missing brother Itai Dzamara and also at the forefront of taking government to task over the state of affairs in the country,but is that so?

I don’t buy that I believe most people dislike people who take the limelight from them , Dzamara has every reason to protest even on a daily basis, he has the motivation maybe better than most,I would do the same if any of my brother goes missing as any result of state abduction.

Having said the little I could my question now is where are those people who have not been paid 100 000 American dollars? Why are they not taking action when things have gone to the dogs in the country?

Protests are not meant to violate or humiliate the government, they are meant to draw government’s attention to critical issues that may not be getting enough attention or action.It remains a fact that the Government of Zimbabwe has done very little or even nothing to deal with corruption and ignoring them with a wait and see attitude is wrong and completely unacceptable for it is our future that is being crippled further.

Zimbabweans if you don’t trust those leading these protests then lead them yourselves,take the government head on bring it to task they must act in the areas that they are failing and address the people’s grievances rather than scare them.

G40 bites back at Lacoste

Patson Dzamara diagnosed with colon cancer… needs US$28,000 for treatment