Mighty Warriors coach Shadreck Mlauzi produced a coaching masterclass which allowed his team to grab a priceless point in a goalless draw against Banyana Banyana in their opening match of the African Women Cup of Nations here on Saturday night. 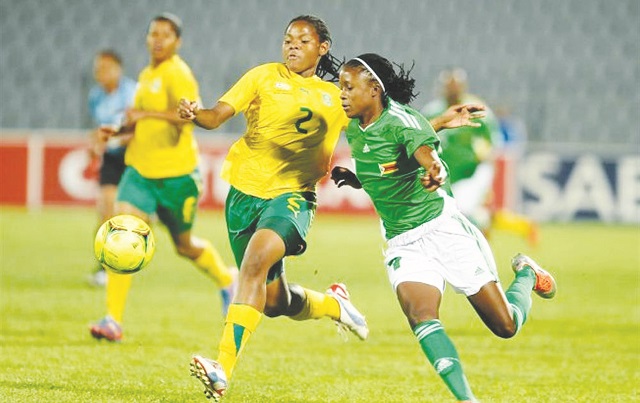 Mlauzi chose not to go punch for punch against the South Africans and surprised his opponents with his approach, built on the foundation of a defensive tactical discipline, which was full value for the point which they gained at the end.

Having been outclassed by the same opponents, in a 0-3 home defeat in a friendly international just days before their showdown here, Mlauzi and his troops found a way to tame the attacking prowess of Banyana Banyana and secure the vital point.

There had been fears that the Mighty Warriors would be overrun by their fitter and stronger opponents but Mlauzi and his team found a way to punch above their weight and will have a spring in their step ahead of tomorrow’s match against Egypt at the Stade Ahmed Ahidjo.

South Africa are ranked fourth on the continent and Zimbabwe are in 13th place. “At the end of the day it’s a good point,” said Mlauzi.

“You cannot expect to drop points easily and expect to progress to the semi-finals. Our objective remains to win football matches.

“We did not have the best of preparations coming to this tournament. Still, at the same time, I felt we managed to effect our game plan.”

The coach conceded his charges fizzled out in the second period as Banyana Banyana launched an onslaught on their goal but, to their credit, they fought long and hard for the point.

“The physical quality dropped, our intensity dropped. We allowed South Africa to play to their strength,” said Mlauzi.

“We knew that technically and tactically they are a good side. They have been to the Olympics (twice) and Fifa Under-17 World Cup.”

Mighty Warriors forwards Rutendo ‘Madzimai’ Makore and Kuda Basopo could have got a goal in the first half.

South Africa, who repelled the early onslaught, later missed a couple of chances in the second period with Thembi Kgatlana and Jermaine Seoposenwe getting good opportunities.

Banyana Banyana coach, Desiree Ellis, clearly disappointed, said after the match she had no regrets.

“I don’t have any regrets, very disappointed, yes. You cannot miss opportunities like that and expect to win matches which makes the Cameroon game even more difficult.

“I am not saying it’s a good point but I will not say no to a point,” said Ellis. Chronicle

Bosso out of title chase