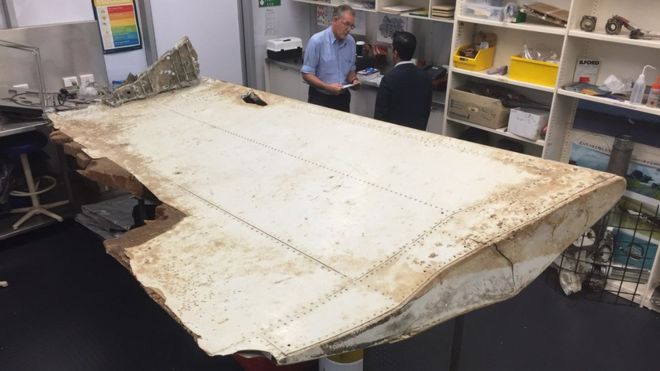 Relatives of those on board Malaysia Airlines flight MH370 are to travel to Madagascar to search for debris that might provide clues to the plane’s fate.

All debris thought to be from the plane has so far been found in East Africa.

But some relatives say there has been no systematic search for further wreckage and that some possible findings appear to have gone ignored.

The plane disappeared on a flight from Kuala Lumpur to Beijing in March 2014.

Malaysia is in charge of co-ordinating collection of any suspected debris, most of which has been sent to Australia for examination.

Madagascar: Minister ‘swims for 12 hours’ after…

So far, six pieces have been found that are considered certain or highly likely to have come from the missing Malaysia Airlines flight.

The relatives will make the trip to Madagascar from 3-11 December, said a statement posted on Facebook by the group Voice 370.

The group have “no other choice except to take it upon ourselves to do something to find answers and closure,” it said.

Campaigner Grace Subathirai Nathan, whose mother was on the plane, told the Associated Press news agency that she would be making the self-funded journey with six other MH370 relatives – three from Malaysia, two from China and one from France.

Responding to criticism of delays in retrieving suspected debris in September, the Malaysian authorities said they were acting on possible discoveries and that everyone should “allow the experts to conduct the verification processes”.

There were 239 people on board the missing jet, which is thought to have likely crashed into the southern Indian Ocean.

An Australian-led search in the area has yet to find any trace of the plane and is due to be suspended early next year unless it makes a significant new discovery. BBC News

Madagascar: Minister ‘swims for 12 hours’ after helicopter crashes at sea