A taxi driver who threatened and robbed a passenger at gunpoint was yesterday slapped with a seven-year jail term. 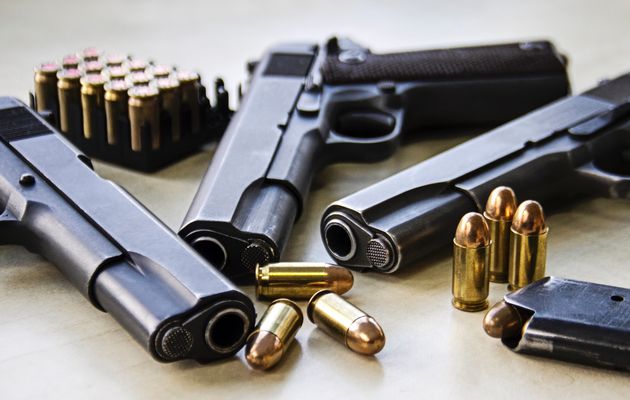 Three years of the sentence were however, suspended on condition of good behaviour.

Chombo’s papers to be amended

Kasukuwere to face the music

Kasukuwere out on bail

Another year will be set aside if Jeke compensates the complainant $313.

The robbery happened after the passenger had got into the taxi on January 28 around midnight.

They were heading to Chikurubi Maximum Prison residences when the taxi driver pulled out the gun.

Prosecutor Ephraim Zinyandu urged the court to impose a stiffer penalty because Jeke had been convicted of a serious offence.

“The court ought to send a clear message to like-minded individuals that crime does not pay. The accused person started his criminal career at the deep end and the court should not lose sight of the fact that a dangerous weapon which has not been recovered was used,” Zinyandu said.

The complainant was Watson Mavhangira, a prison officer of 42 Chikurubi Maximum Prison Camp.

It is the State case that Jeke and his accomplices, who are still at large, hatched a plan to rob passengers while driving a car without number plates.

Jeke and his accomplices gave a lift to Mavhangira and drove along Samora Machel Avenue due east.

They stopped the car at corner Glenara and Samora Machel Avenue before one of the accused persons produced a pistol and pointed it at Mavhangira demanding cash.

At that moment, one of the accused persons was searching Mavhangira and stole $17 and two cell phones.

The accused persons also took Mavhangira’s tool box containing several spanners before pushing him out of the moving car.

Jeke and his gang then sped off along Samora Machel Avenue towards Msasa.

Mavhangira made a police report and on June 1, detectives from the Criminal Investigations Department received information that the stolen cell phone had been activated by another user.

Investigations led to Peter Nation Ngawaseke who was immediately picked for questioning.

Ngawaseke told police officers that he had bought the cell phone from Ignatius Mhembere.

Mhembere was also traced and arrested before indicating that he had acquired the phone from Jeke in January.

Jeke was arrested on July 30.

Chombo’s papers to be amended

Kasukuwere to face the music

Kasukuwere out on bail