Warriors captain Willard Katsande was impressed with his side’s display in the victory against Tanzania in an international friendly match at the National Sports Stadium on Sunday. 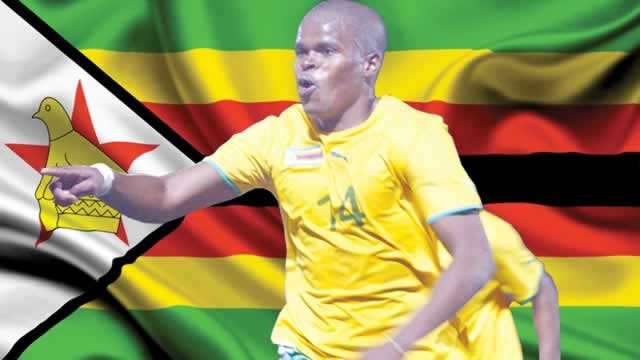 Calisto Pasuwa’s side ran out 3-0 winners over the Taifa Stars as they fine-tuned ahead of next year’s Africa Cup of Nations finals in Gabon.

For Rusike, it was the Helsingborgs IF striker’s first goal in national colours and should give him confidence ahead of next January’s finals.

“This win will boost our confidence going forward. We played well although there are some things that we need to rectify,” Katsande said.

“I think the Tanzanians gave us a good run because if you look at it, they were moving the ball very well with confidence. I think they are a good side; they were certain periods when they dominated the game.

“It’s just that we were resolute at the back and we managed to catch them on the break otherwise they are a very good side.”

In Gabon, the Warriors will have to negotiate through a very tough Group B that also includes African heavyweights Algeria, Senegal and Tunisia.

The Kaizer Chiefs midfield enforcer hopes for more friendly internationals before they depart for Gabon.

“We managed to keep a clean sheet and I think it also helps us develop that mentality of not conceding goals,” he said.

“If we could get more friendly matches, I’m sure we would be able to perfect our play.”

There are no more free dates on the Fifa International Calendar until the Afcon finals start on January 14 which will make it difficult for the Zimbabwe Football Association (Zifa) to organise warm-up matches.

In that regard, Zifa has pencilled the Warriors to play against Egypt and Ivory Coast in unofficial warm-up matches before the team departs for Gabon.

On Sunday, Pasuwa gave a senior debut to Sweden-based forward Tino Kadewere while DRC-based utility player Oscar Machapa was recalled to the Warriors set-up after a brief spell on the sidelines.

Golden Arrows central midfielder Danny Phiri was deployed to play at centre back together with Chicken Inn defender Teenage Hadebe as Pasuwa assessed his options in that department in the absence of injured regular starters Costa Nhamoinesu and Elisha Muroiwa.

Katsande believes the new faces in the squad did well and will now add depth to the team.

“They played well and they needed some of the experienced players to help them settle,” he said.

“And from what I have observed, I think we are heading in the right direction, especially in as far as these new guys are concerned.”

While the Warriors ran out comfortable winners, Taifa Stars coach Charles Boniface Mkwasa is of the opinion Zimbabwe need to improve drastically to have an impact in Gabon.

“They have (Zimbabwe) to work hard because they are going to face much stronger opponents who will be adequately prepared for such a huge tournament,” Mkwasa said.

“Their team is a little bit weak and when they go to Afcon they have to up their game because they are going to meet teams with a lot of experience. Teams at the Afcon will come with a lot of professionals but obviously, we wish them the best there.

“As for us, we are rebuilding as you can see most of the players are new. We are trying to build a team for future tournaments. We learnt a lot from this game. We salute Zimbabwe, they played well as a team.”

Zimbabwe begin their Afcon campaign on January 15 with a tough encounter against the Desert Foxes at the Stade de Franceville in Franceville, some 733km from the capital Libreville.

The Warriors’ second game will be against the Lions of Teranga four days later at the same venue before they complete their group programme with a date against the Carthage Eagles on January 23 at the Stade de l’Amitie in Libreville. Daily News

‘Guardiola’s sex ban got best out of Messi’