The election of mad billionaire, Donald Trump, has shocked many Americans, especially those that belong to the elite classes. 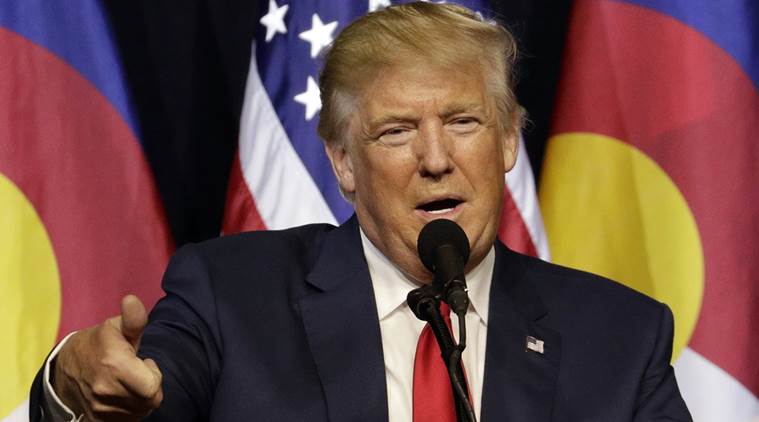 Due to the North American Free Trade Act, passed by President Bill Clinton during his administration 1992-1996, many heavy industries, namely steel, coal, oil drilling and textile manufacturing have been allowed to vacate and move to Mexico and China.

Millions of Americans employed in these industries, generally referred to with contempt as rough necks or red necks have been left behind. They are generally school drop outs. A new university educated class in banking, insurance, health and education has emerged. Washington DC boasts of 70,000 black women working for the federal, city and state administrations. Many of them have masters’ degrees. These are the new elite, Hillary Clinton and the Democrats appealed to.

Incomes for these new two-parent families in this class are well over $100,000 per annum. Notice the massive numbers of educated women I have referred to above.

Top US general eyes taking Confederate names off US bases

Over the years, Democrats had changed the nature of university education, placing emphasis on imaginary problems. This vast elite, led by a group from the newspaper, The Weekly Standard, were nicknamed the ‘Never Trump at any cost.”

There were 22 operatives at the Washington Post, even more at New York Times and many other media houses, working full time for over a year, finding fault with Trump. In October, they came up with a video, 11 years old in which Trump, “trash-talking” with his buddies claimed to be the “real man” where women were concerned.

Oh, according to these Amazon women, it was as if the heavens had fallen. The Obama government, to which Hillary was tied to closely, was an elite outfit. In August, it sent a 15 page letter to the Governor of North Carolina, outlining a “protective posture” for a 9 year old transgender boy who wanted to use a girl’s toilet. The matter had been solved and for two years, the boy was allowed to use the headmaster’s toilet.

Oh, but to the Obama elites, this became a matter of the boy’s civil rights.

Oh, the elites ran with the story. The heavens were falling. Trump was unworthy to be president. These elites did not mention that in fact Hillary’s husband, Bill Clinton, was a certified sexual abuse.

Bill had paid $800,000 to a complainant to avoid further legal procedures and had been barred from practicing law in Arkansas where he was governor. But his most famous miscarriage was with Monica Lewinsky, whom he had employed to kill his private part, several times in the White House Library.

The point I am making is that the important issues were being ignored. “We will have to put many coal-miners out of business,” Hillary told a crowd. Coal miners are spread over six states.

It did not matter to her that these miners were happy with their lives. No, they must be told to go back to technical college and learn about clean energy. Clean energy uses Chinese made wind-mills.

The Obama health care was an albatross around small businessmen.

This Democratic class forgot that Trump, in all his crudeness, represented a forgotten class. The coal miners and Detroit automobile workers wanted to keep their jobs, not be elevated to some imaginary clean air ethic.

Their rush to call Trump a racist bigot, whether based on fact or not, was a reflection of their own biases. President Barak said that to vote for Trump was a “personal assault on my legacy.” He did not believe that Americans were so foolish as to vote for Trump.

Delicate female elites feared that Trump was so rough, they did not know what to say to their girl children. Opprah’s  television company, OWN had a psychiatrist today, Wednesday, educating audiences about how to react to the Trump phenomenon, as if it was a disease. These same people have kindly forgotten that they have gone through a worse situation during the Clinton-Lewinsky scandals which were placed on Internet for anybody to print.

Brother Van Jones, an intellectual mentor of Obama, who had been invited by Cable News Network as a contributor, was unprepared for a Trump victory. As the night progressed, and Trump’s success became apparent, he wept shamelessly. Children will be “afraid to eat their breakfast. How do I explain this (Trump victory) to my children?”

The elites had decided among themselves, the media and the college intellectuals, whom they will allow to run for elections and whom they will reject. Trump was not one of them. He was regarded as a monster, a crude creature from outer space.

The Democrats’ vision of society had nothing to do with reality. Obama refused to accept failure of his health care plan. While it enrolled 20 million poor people, whose premiums were subsidized by government, 10 more million people lost their policies and access to their doctors. If they sought new policies, premiums had doubled. Obama, with a socialist inclination refused to accept that 10 million whose premiums doubled would be the losers. He felt that it was beneficial sacrifice for the common good.

The Democratic mind had long been removed from reality. During Obama’s time, many US international companies have parked an estimated U$6 trillion dollars abroad, in Ireland and in the financial shelters abroad. They fear repatriation taxes as well as profit and loss matrices if they come home to the US.

Democrats have not quite absorbed the fact that in a capitalist country,  that capitalists worship profit and that individuals leave monetary legacies for their progeny.

Vice president Joe Biden lamented that “we are losing $17 billion every year” in death taxes because Republicans have lifted death penalties for inheritances under $5 million. Biden believes that billionaires must hand over their money/inheritances to government.

In these and many other issues, Democrats and Hillary were out of touch with the populace. As elites, they saw themselves as divinely appointed to tell the populace in what direction their lives should be led, even to the point of imposing taxes on large sedans in the hope of forcing people to buy small environmentally friendly cars.

Trump’s triumph effectively ended first the Bush dynasty. Florida Governor Jebb Bush, who would have been a third Bush to run for president, spent $100 million and won only four delegates. Trump drove him out of the race with tears on his cheeks.

After 30 years in politics, and twice running for leadership of the Democratic party, Hillary Clinton has (and her banking surrogates) spent well over $2 billion dollars. Trump has now put an end to an otherwise illustrious career.

In her moment of defeat, Hillary revealed the softer and more humane side of her career. Her “Clinton machine” at one time involved well over 10,000 workers and volunteers. Now the end of her journey had come.

In comforting her troops, she reminded them of the values and ideas she and her team had put forward over the last three decades.

“Let us not become weary in doing good, for at the proper time (or season) we will reap a harvest if we do not give up.” She spoke for 45 minutes; she was deeply emotional and sincere, and if she had adopted this humble posture 15months ago, she might have carried favor with the populace.

Her husband was glum. It was a tense moment, at now well near 80 years of age, furrows related to aging were showing clearly on his face, and his sorrowful face could not be camouflaged.

The Clinton dynasty went sorrowfully into the sunset. For the first time, I was baffled and I saw, contrary to the words of General Colin Powell that she was “grabby and ambitious;” she was not that gargoyle she had been painted. She was just one of us, one of God’s children.

How a black president in America helped Donald Trump win

Top US general eyes taking Confederate names off US bases