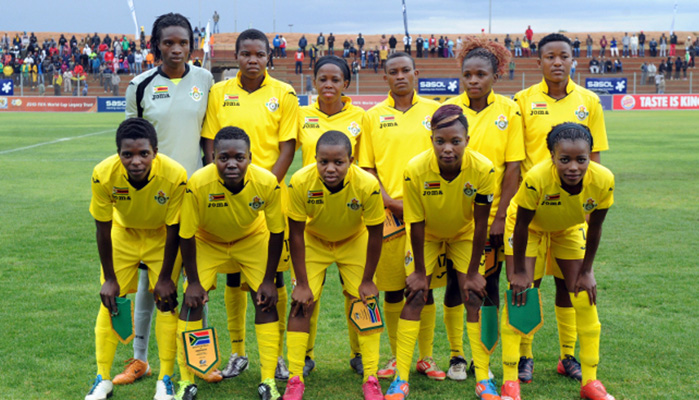 Zimbabwe, who recently started their preparations after a delay, are using the match to prepare for the Africa Women Cup of Nations scheduled for Cameroon later this month.

The team’s preparations were hampered by financial constraints until the intervention by an independent fundraising committee which was commissioned by Sports minister Makhosini Hlongwane last month.
Related Articles

They eventually got down to serious business last weekend at Zesa Training Centre with all the 26 players called reporting for duty. A friendly match against Banyana Banyana tomorrow at the National Sports Stadium was also organised.

Interestingly, the two teams are in the same Group A at tournament alongside African heavyweights and hosts Cameroon and Egypt.

“Our friendly match against South Africa will be very important because it will enable us an opportunity to work on combinations and different tactics. South Africa is a very competitive side and we hope they will give us a good run to gauge our progress,” Sibanda told the Daily News.

“This could be our only friendly match before the tournament so it’s important that we use it as a mirror of what we are to do at Afcon. We have played South Africa before and they are not pushovers. We have also played Egypt in a friendly so to us it’s a bonus.”

Sibanda feels the team’s preparations are heading in the right direction with player’s fitness levels getting better each day.

“The preparations are going on well. We got into camp a little bit late but we are trying utilise the little time left to make sure we are in good shape,” Sibanda said.

“The players are gradually getting there in terms of fitness levels. Of course it was bad when we started but we are improving each day. We are hoping by the time we go to Cameroon we will be up there especially in as far as fitness levels are concerned and ready to compete.”

The AWCON finals will run from November 19 to December 3 with the Mighty Warriors getting their campaign off the ground against neighbours South Africa at the Stade Ahmadou Ahidjo in Yaoundé on November 19 before facing Egypt three days later.

Shadreck Mlauzi’s charges will then complete their group assignments against hosts Cameroon on November 25 with the top two teams proceeding to the semi-finals. Group B consists of defending champions Nigeria, Ghana, Mali and Kenya.

Meanwhile, the fundraising committee is finalising the launch of an sms promotion for a nationwide raffle entitled #GirlPowerZW which will see lucky winner drive a brand new Datsun Go sedan. Daily News