Those who have frequented the MTV Africa Music Awards (MAMA) say this year’s edition, which took place this past weekend, was a poor cousin of last year’s classy edition held at the Durban International Convention Centre. 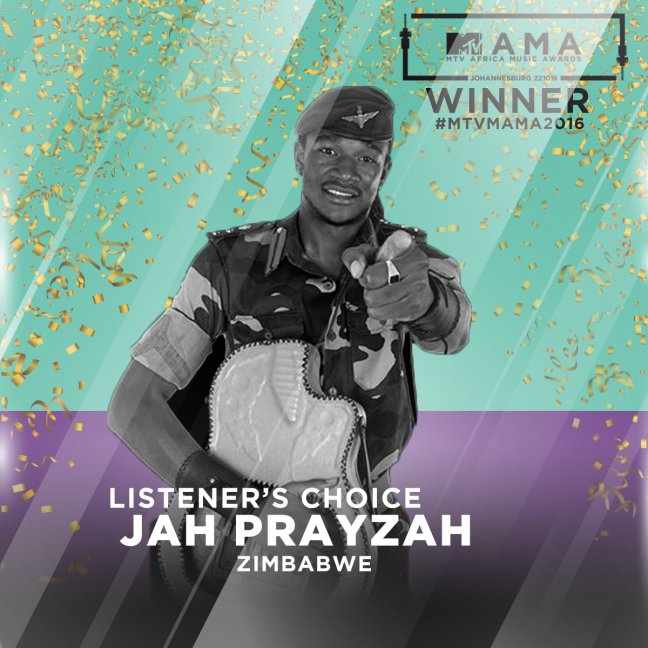 Be that as it may, it could not mask the disappointment felt particularly by Zimbabweans in the Ticketpro Dome in Johannesburg on Saturday night when Jah Prayzah didn’t turn up to receive this year’s MTV Africa Music Awards Listener’s Choice gong.

I, along with several Zimbabweans at awards, could not understand why “Soja rinoenda kure,” as Jah Prayzah prefers to call himself, could abandon the war at the victory parade. With many in the Dome throwing around who, what and why questions when Jah Prayzah was declared the winner, the Zimbabweans at the event couldn’t understand why the “Jerusarema” singer had stayed away from the biggest music stage in Africa.

According to Jah Prayzah’s manager, Keen Mushapaidze, the Zimbabwean music star could not attend the awards because he had lined up some concerts this past weekend.

“You will come back stronger” Jah Prayzah to…

This is very confusing coming from a manager of an artiste who claims to be ambitious. On the surface, the huge amount Jah Prayzah has invested in videos such as Watora Mari and Mudhara Vachauya, is indicative of an ambitious artiste ready to take his career to the next stage. How then did fail to attend the event and capitalise on the limelight he has been seeking all along?

Interestingly, among the Zimbabweans at the MTV Africa Music Awards ceremony was Walter Wanyanya-the founder of a local arts development organization called Ngoma Nehosho. Wanyanya, who also manages rising star Bryan K, was with the “Heavy Machine” hit-maker at the event.

The music promoter and manager believes that Zimbabwean musicians will benefit from attending such events whether nominated or not.

“Ever since I took over as Bryan’s manager I have tried to expose him to the biggest music platforms on the continent. I also took him to the MTV Africa Music Awards held in Durban last year so that he can aspire to perform on the same stage and other similar events,” Wanyanya told the Daily News.

It is therefore clear that Jah Prayzah spurned a big opportunity by not turning up at the awards. Awards of this nature present numerous networking opportunities for artistes. At the MTV Africa Music Awards, for example, nominees are normally booked in the same hotel a couple of days before the gongs which makes it possible for them to interact .It is during this time that some musicians agree on collaborations.

Another aspect which makes the MTV Africa Music Awards attractive is the pre-party which is attended by all the nominated artistes where they get more opportunities to share notes.

Given the foregoing, one can only wonder why Jah Prayzah failed to create time for the awards since he was nominated a long time ago. Daily News

‘Sibanda, Mhango out of danger’

“You will come back stronger” Jah Prayzah to jailed Fantan & Levels