ZiFM Stereo station manager Tendai Madondo, accused of being the reason behind the haemorrhaging of top presenters from the station, has denied the charge, saying she is strict to maintain order and make money for the station. 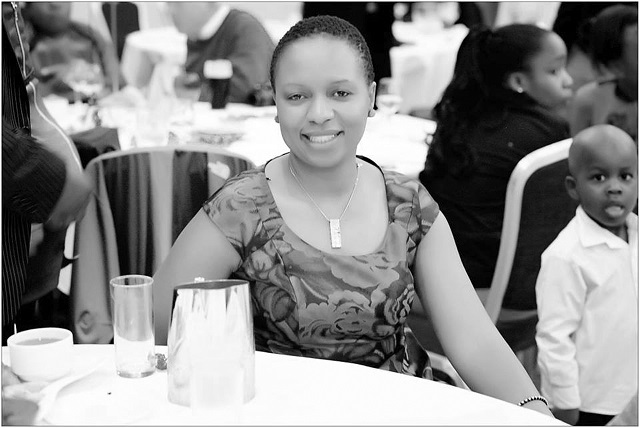 In an exclusive interview from South Africa where she is on business, Madondo said she acknowledges some of the criticism, but had a reason behind her strictness.

In what is predominantly a man’s world, Madondo has done remarkably well to prop the ZiFM Stereo brand, but her tactics have ruffled a few feathers with some in the ZiFM corridors saying she is behind the disaffection among the workers.

Sokostina out of danger after accident

“Often times, someone comes to the station to report for duty at 2PM when they were expected in by midday and they have an ego and want preferential treatment. Certainly, I’ll come down sternly on them and demand that they be punctual,” Madondo said.

“It’s in some of those instances that people say I’m heavy handed or I’m flexing my power. Some say I’m connected to some powerful person, but I’m not. My job is to make money for my shareholders and stakeholders and that comes with the enforcement of discipline. Whether people like that or not is another matter.”

While many people have walked into the ZiFM corridors as virtual nonentities and some even paupers, many have now made huge names from their exposure, with stories abound that most have become divas who think they have grown bigger than the station – something Madondo says she addresses in her role as the boss.

“I cannot achieve results if I massage egos and let people have their way. It’s a thing with leadership,” she said.

Madondo says she is at the helm of arguably the hippest youthful station owing to her qualifications.

“I have to confess, I haven’t worked in the media before this. But I got this job by merit, not because of any connection or anybody that I know. I sat in that interview, being interviewed by three total strangers and I got that job and will do whatever it takes as a leader to make sure I deliver successfully,” she said.

“At the end of the day, it’s a cutthroat world and working with creativity is never easy. What I’d appreciate is for people to have disagreements and move on because that’s what work entails. However, we cannot have people doing whatever they wish at work,” she said referring to the diva mentality of some.

She however said the personalities who were leaving the station were doing so via mutual consent and were happy to part ways only because of issues beyond their own control.

“Some have had to move because of family commitments. Eskay got married and has had to join his wife and we’re saddened to see him leave.

“Nobody, as far as I know is leaving because of either me as a person or disaffection with the ZiFM as a station,” she added.

Madondo said Zihlo who was co-hosting the Rush with DJ Munya has relocated to South Africa to work for a new continental television station.

Popular news anchor, Candice Mwakalyelye is said to have left to pursue other career goals.

“The fact that our personalities are being head hunted is testimony of the quality that we have at ZiFM Stereo. We’ll continue to be a training ground for our young people and groom them to become game-changers.” Chronicle

18 through to Miss Tourism boot camp

Sokostina out of danger after accident