Imagine the sight of Truworths Zimbabwe chief executive officer, Mr Bekithemba Ndebele, banging his head on a door, squeezing a stress ball or even shouting at his secretary for giving him tea with no sugar when it is what he ordered, that would make news for gossip. 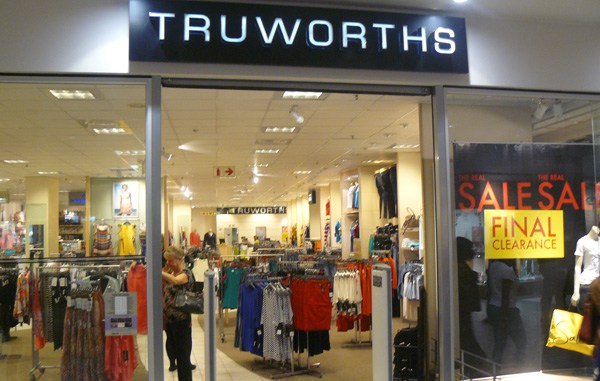 Let alone if he throws his golf club away in frustration like Tiger Woods during a CEOs round of play because his counterparts are giving him the eye for missing his financial targets makes for a sob story.

How about when he barks like a mad man at his executives? The one that blinks an eye risks explaining why sales have been low. If not the movie scripted, “You are fired!”

It could be the same at Edgars Stores, imagine the company’s marketing executive Ms Rumbidzai Dzimba (she always had an answer for everything at college) failing to explain to the board why despite her team’s brilliant marketing initiatives that saw the likes of South African celebrities Sophie Ndaba and the primma donna of fashion design David Tlale stampede to endorse the brand in Zimbabwe, sales are going down.

The hustle is real. Just look at Truworths Zimbabwe, the company registered a $1 million drop in revenue for the financial year ending 10 July.

On the streets they say, “dololo the profits”. It’s bad and in their financial statements the excuse is obvious, Blah blah blah, late salary payments meant that clients delayed or dodged paying their instalments.

And the most feared narrative could come along, there are whispers that to contain losses Truworths might close down some of its Number 1 Stores — a “used to be” cash cow that targets the low-income market.

Edgars is also in the red. Its profits in the six months ending in July went down by 90 percent. Things have been bad for some time and the company attributes its losses to two factors, paying off retrenched staff and the obvious one, sales have been bad.

Edgars relies largely on imports and so the Statutory Instrumentation 64 of 2016 which restricts imports had a part to play.

But because Zimbabwe is a relatively rich market, and without sounding racist, Edcon the owners of Edgars South Africa are now paying black tax!

Black tax is money that black people send to support their extended family — it’s urban language, please don’t get it twisted for a racial slur. Edcon will guarantee loans of up to $7,2 million for Edgars Zimbabwe as the company smarts off a $300 000 loss.

Both Edgars and Truworths Zimbabwe did not declare dividends. But you and I on the streets have one of the major answers why traditional clothing retail business is suffering.

They are all doing the same thing in trying to push sales. If they are using promotions to push old stock in the process trying to win customers at the same time — it won’t work because, guess what?

There’s a new player in town and it’s not the boutiques stocked with clothes from China and Dubai — it’s the “Go To Guy”.

By now almost everyone who loves to dress the part, be it the latest Nike sneakers or the latest wedge shoe and even the chino pants — there’s that guy or woman selling from the boot of his car or back pack.

How he gets his clothes into the country is pretty obvious and there’s no Zimra official on his back and no fiscalised cash register whereby once he invoices you, the tax collector gets data thanks to his Business Partner, (BP number.)

That there is the new animal in town that will close the major retailers. Obviously the big guns like Edgars know that the economy is bad. So does the vendor, however, unlike Edgars or Truworths he won’t charge interest or at worst embarrass you by reporting to the messenger of court who will then splash your name in the Press before auctioning your property.

I have a “Go To Guy” who chased me for six months at my workplace. He didn’t lose his temper and he finally got his money.

To manage me, he now gives me clothes after paying “half down khiwa!”

We know there’s the operational cost plea — salaries, electricity, rentals and so on for the big players hence the steep prices.

All along Truworths and Edgars have ridden on that “exclusive tag” but did the company executives there ever think that for international brands they can never be exclusive, unless they burn down Zara, Puma and the rest?

So the question among the young who have the fashion buying power is, “Why should I spend more, when I can get the same thing for less?”

Once upon a time not so long ago, Edgars had nice Hi Tech boots retailing for $180 and a popular Go To Guy had the same shoe boxed at $90.

It’s a sad era for the clothing stores, go on social media and you will locate the “Go to Guy’s” Facebook page. He has specialised orders, something that the likes of Edgars and Truworths don’t have.

Well, if they have them, then they don’t go big on publicising them.

All of this tells us that shopping is evolving. But to stay ahead of the game the local retail giants should invest more in local production of clothes like they used to.

I remember when Edgars back in the day was big on brands such as Bulldozer — no one else had those baggy jeans and I mean no one except their other outlet Sales House. Yes, problems are there, smugglers are all over BUT there’s an innovative way to at least counter them or else it’s adios clothing stores. The Sunday News

US Election 2016: Trump challenges Clinton to drug test before debate