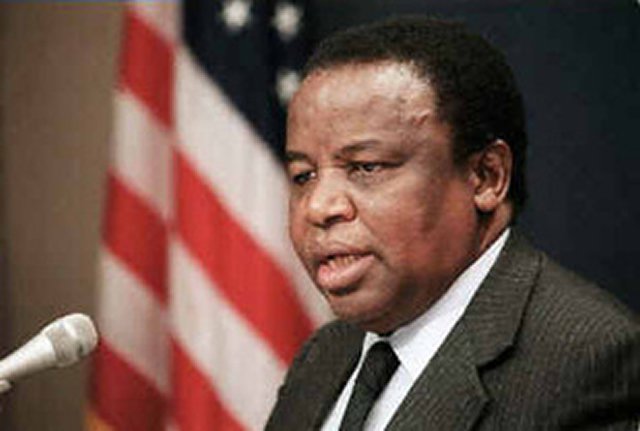 After falling out with President Robert Mugabe during the country’s liberation war of the 1970s, Sithole was denied the hero status, something that has thus far remained a privilege for those in Zanu PF.

However, while addressing hundreds of MDC supporters in Chipinge, Sithole’s home area, Chamisa said the MDC government will correct the partisan conferment of national hero status and reverse laws, such as the Indigenisation Act, which he said are repealing investors and constricting economic growth.

“As a party, we respected him (Sithole) and gave him a hero’s send off. If we resolve the country’s leadership problem and come into power we will give him his national hero status because that is what he is,” Chamisa said to applause.

Mugabe and his loyalists in Zanu PF have a monopoly over who is interred at the national heroes acre, a status that opposition parties have always decried.

Critics accuse Mugabe of reducing the national heroes acre to a private graveyard where his sister Sabina, who played a peripheral role during the liberation struggle, is buried while some luminaries such as Sithole are sidelined.

“We want to return the country to the Commonwealth… and we will also repeal the 51 percent indigenisation law because it is not helping anyone. We will rather invite everyone with money and encourage them to invest in infrastructure which they will never carry out of this country,” Chamisa said.

At a time when government is failing to fulfill its obligations to civil servants in time, Chamisa said Mugabe must trim his bloated Cabinet that has 56 ministers.

Addressing the same gathering, MDC women’s assembly leader Lynette Kore said the party supporters should embark on a door-to-door campaign so as to encourage people to register to vote and also participate in elections.

“This time we will not allow our vote to be stolen, we will defend our vote,” Kore said. Daily News

Malawi asks where president has gone; nearly a month away