One person has been arrested while four others have been picked up for questioning in connection with skirmishes that erupted at Barbourfields Stadium in Bulawayo on Sunday. 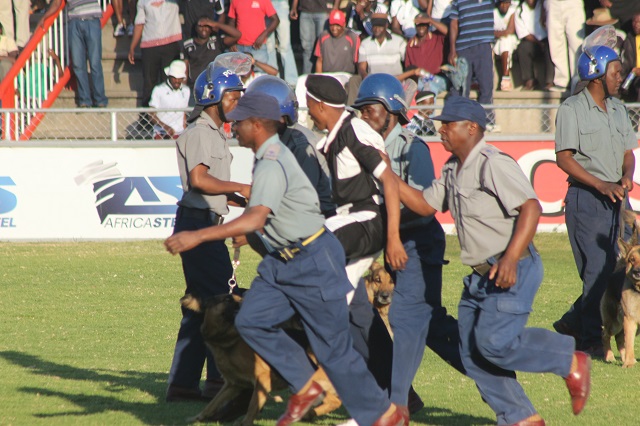 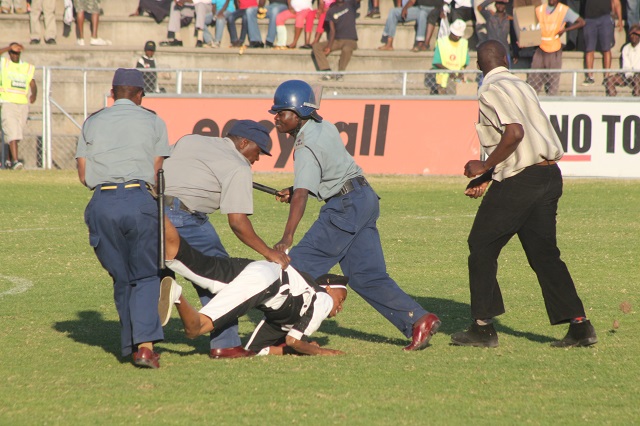 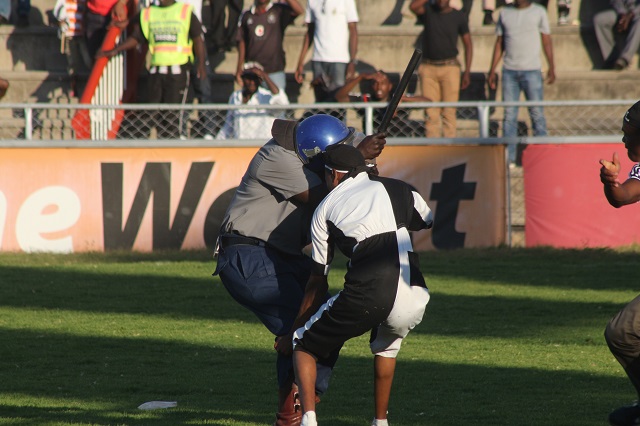 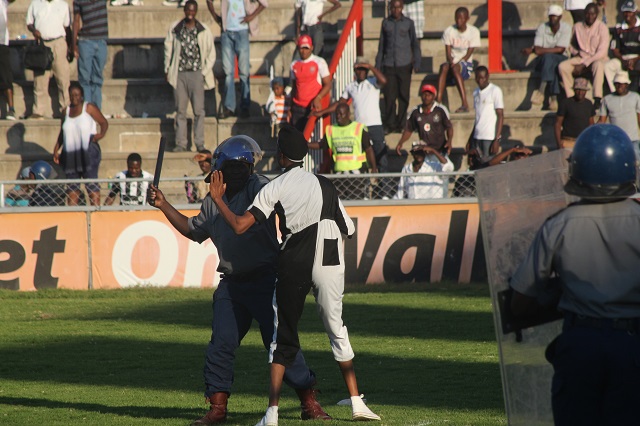 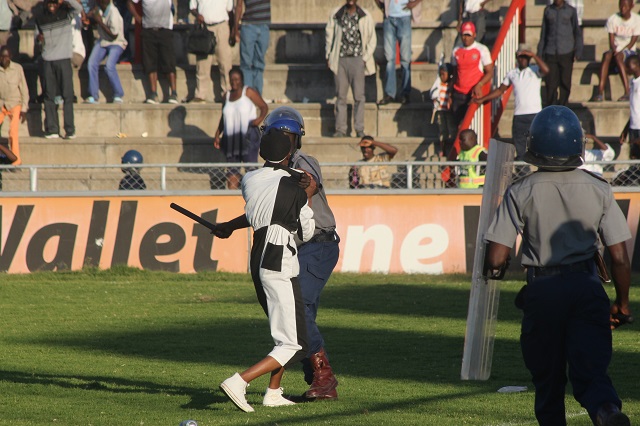 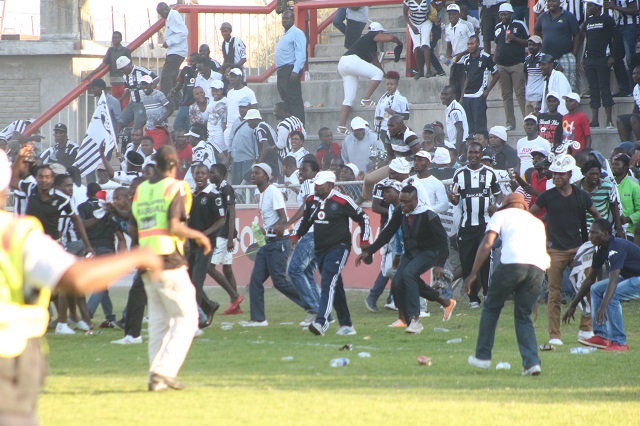 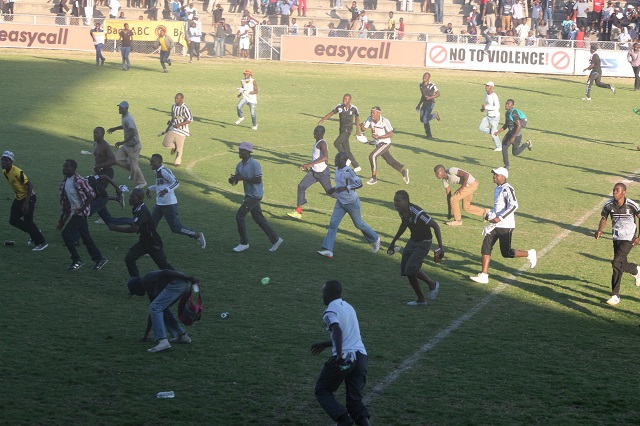 PSL crack the whip on Bosso 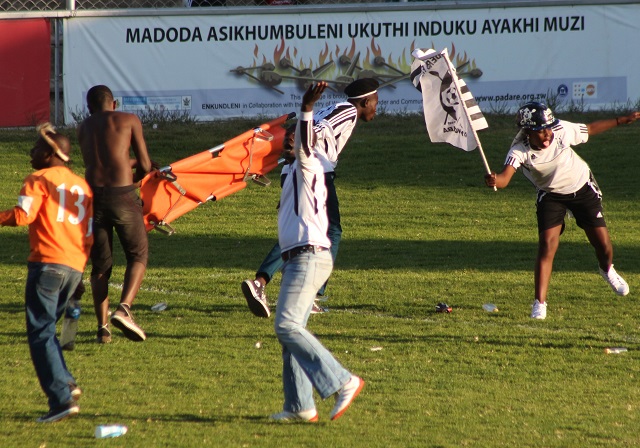 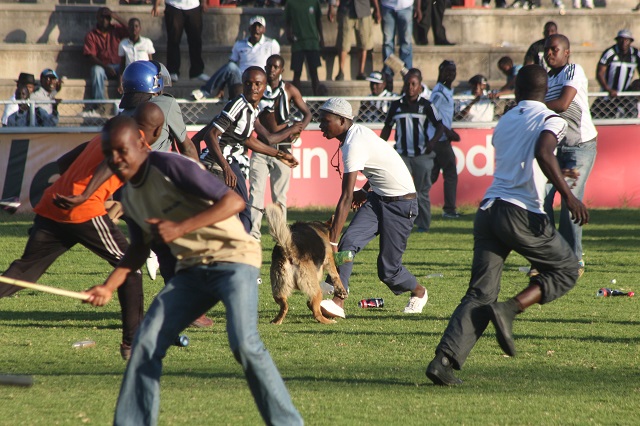 The violence started at the end of a Premiership match, a 1-1 stalemate, pitting Highlanders FC and Chicken Inn.

Police have castigated the unruly behaviour of some fans saying hooliganism will never be tolerated.

“One person has been arrested while four others have been picked up for questioning. The one who was arrested has been seriously linked to the violence that occurred. He is the one who first invaded the pitch after the match, resulting in the violence,” said Asst Insp Ncube.

Police could not immediately release the name of the suspect or the other four who were being questioned.

The violence was captured by social media users who posted videos and pictures online.

In one of the videos, police officers are seen retreating from charging hooligans who are carrying all sorts of weapons.

In another one, an unidentified man is seen savagely assaulting a policeman using a police shield.

In the video, the police officer is haplessly lying on the ground with one of his shoes removed.

Some members of the public were speculating that the police officer could have been killed.

However, Asst Insp Ncube said the officer was recovering and is in a stable condition.

He said police were concerned about acts of hooliganism.

“We’re worried about hooliganism at soccer matches. People should learn to restrain themselves so that others can be in a position to bring their families to matches.

“They should leave those assigned with the match task to do their job,” said Asst Insp Ncube.

The mayhem was apparently triggered by the arrest and manhandling of a fan from the Soweto stand by the police.

The hooligan had been arrested for throwing missiles onto the pitch and police set a dog on him while beating him with truncheons at the same time.

Some fans tried to rescue him and all hell broke loose.

The few police details were clearly losing the battle and started retreating to safety towards the VIP area, as fans closed in on them.

The cops kept their distance and allowed tempers to cool. — @nqotshili. The Chronicle

PSL crack the whip on Bosso