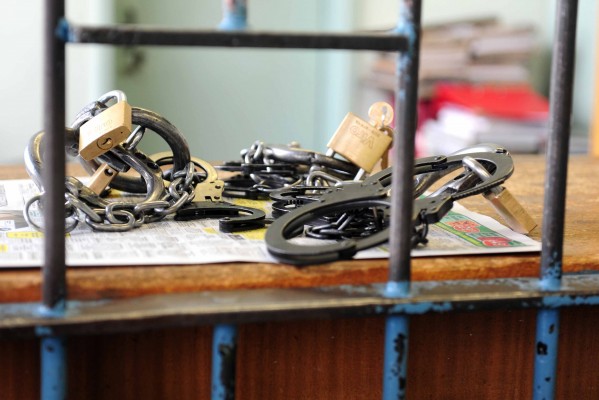 GOKWE – A single mother from Gokwe who threw her one-year-old daughter into a deep well to please her lover who had promised to marry her, has been sentenced to 21 years in prison by the High Court.

Talent Bango, 23, of Horomba Village, Chief Njelele, Gokwe South, threw her infant Tanaka Simbaza into a deep well on August 24, in 2013 and she drowned.

The toddler’s body was found floating in the well four days later.

Lessons suspended after mass hysteria at Mbungo Secondary in…

Justice Lawrence Kamocha of the Bulawayo High Court, sitting on circuit in Gweru, found Bango who was pregnant from her lover when she committed the crime, guilty of murder with actual intent.

He sentenced her to 21 years in prison.

State prosecutor, Tafadzwa Mupariwa, in aggravation said Bango had committed the crime to please her boyfriend who had promised to marry her if she got rid of her two children.

It was the State case that on the day in question, Bango took her daughter to the well and threw her inside and went back home as if nothing had happened.

When asked by fellow villagers where her baby was, Bango lied that she had been taken by some relatives to Kadoma.

However, four days later, the body of baby Simbaza was found floating in the well and a report was made to the police leading to Bango’s arrest.

The toddler’s body was retrieved and taken for post-mortem whose results indicated that she had died from asphyxia and bronchoaspiration due to drowning.

In another case, Justice Kamocha sentenced a 42-year-old Mberengwa man to 10 years in prison after finding him guilty of a lesser charge of culpable homicide.

It was the State case that on June 4, 2008, Moyo struck Zivevekwa once on the head and once on the arm with a log after accusing him of having an affair with his wife.

Zivevekwa was conveyed to Mavorovondo clinic before he was referred to Harare Hospital where he died on June 14. The Chronicle

Concern over Zanu-PF blatant vote ‘buying and politicisation’ of chiefs

Lessons suspended after mass hysteria at Mbungo Secondary in Gokwe