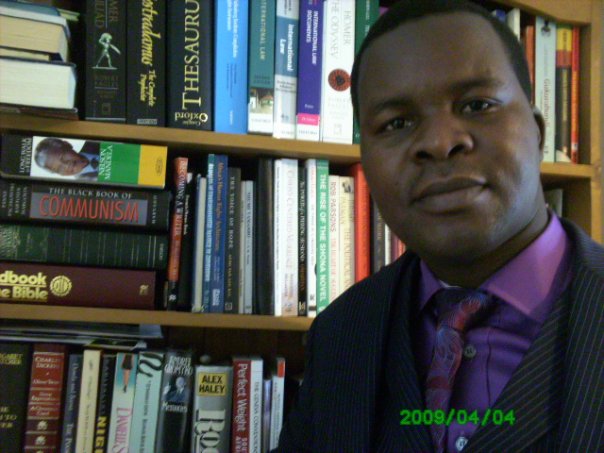 The Zanu PF government has its own entrenched, but often wrong, perceptions frequently reflected in state media while opposition political parties have their own views which also differ from those of the person on the street.

This confusion about civil society and its role partly explains poor relations with government, the perpetual mutual suspicion and constant harassment by agents of the state.

“Is there a divinity that shapes our ends?” – The life and…

Chamisa says he warned Dewa Mavhinga against coming to…

The World Bank has defined civil society as “the wide array of non-governmental and not-for-profit organisations that have a presence in public life, expressing the interests and values of their members or others, based on ethical, cultural, political, scientific, religious or philanthropic considerations”.

Contrary to a popular misconception, civil society in Zimbabwe did not emerge in the last two decades to focus on human rights and good governance or, as government often wants to portray, to embark on a regime-change agenda.

Civil society has been around since the days of the liberation struggle when church groups like Catholic Commission for Justice and Peace challenged the human rights record of the Ian Smith regime.

When Emmerson Mnangagwa, current Justice minister, was convicted in 1965 on charges of blowing up a locomotive in Masvingo and sentenced to death, groups like Amnesty International (AI)actively campaigned for his life to be spared, which was done because at the time he was under age.

During the liberation struggle AI adopted and campaigned for the release of some 900 prisoners of conscience in Rhodesia including Robert Mugabe until his release in 1975.

It is ironic and strange that some of these Zanu PF leaders and yester-year civil society leaders are today’s crusaders against civil society, seeking to entrench the misconception that civil society exists to undermine government and fight against the interests of the people.

The Zimbabwe Republic Police has often taken a leading role in the harassment of civil society activists.

In November 2012, a senior police officers’ conference held in Nyanga declared that civil society organisations had negative influence in the country and were involved in subversive activities.

The conference then resolved to “effectively utilise the intelligence units in monitoring the activities” of NGOs and “take appropriate action against NGOs that are found to be operating outside the provisions of the law”.

At its December 2012 annual conference, Zanu PF resolved to “instruct the party to ensure that government enforces the de-registration of errant NGOs deviating from their mandate”. They point to Western funding of civil society as evidence that civil society is the West’s Trojan horse used to undermine Zimbabwe’s sovereignty.

For this reason, elements in the security forces brand civil society a threat to national interests.

What Zanu PF leaders fail to state is that even the government of Zimbabwe relies on external funding for sustenance and that Finance minister Patrick Chinamasa has been globe-trotting with a begging bowl from both the West and the east seeking funding.

Government’s economic blueprint, the Zimbabwe Agenda for Sustainable Socio-Economic Transformation (ZimAsset), is expected to be funded through “re-engagement with the international and multilateral finance institutions and other financing options, focusing on Brazil, Russia, India, China and South Africa (BRICS).”

On the other hand, because of the genesis of the main opposition party, the Movement for Democratic Change (MDC) from civil society, primarily the labour movement and the constitutional reform movement under the NCA, there are perceptions that the MDC and civil society are as inseparable as Siamese twins.

With the MDC implosion, perhaps there is expectation, even from some in the MDC and in the media, that the civil society should align itself with one faction or the other.

The confusion on identity and role extends to some civil society leaders and activists who fail to clearly appreciate the role of civil society and believe that relevance is only derived from political association and alliance.

Often partisan civil society activists deploy the argument that in a highly polarised environment, there is no neutral or autonomous space.

In Zimbabwe, the public’s understanding of civil society has not reached that level except in a few professional associations that are sustained by their members.

The role of civil society needs to be clarified so that government leaders, police and members of the public are aware that NGOs are a key part of society with a fundamental role to play towards an empowered society.

If Zanu PF’s mission is to sincerely serve the interests of Zimbabweans, it must embrace NGOs around a common agenda of genuinely meeting people’s needs.

Some NGOs are there to assist with sourcing and providing food, water, education and health services to vulnerable groups while some focus on women’s empowerment, or provision of legal services and yet others on human rights, democracy and good governance.

The common denominator among them all is a fully empowered citizen, economically, socially and politically.

They often start when people notice a problem in their community and decide to come together to do something about it. Government and NGOs should be working hand-in-hand without state media frequently denigrating human rights defenders who are working to complement the work of government to help promote and protect the human rights of ordinary Zimbabweans.

When Mnangagwa addressed the United Nations Human Rights Council in Geneva on March 5 this year, he said: “We are eager to be a country whose people enjoy human rights to the fullest.”
He should know that NGOs are key allies in this regard.

As UN High Commissioner for Human Rights Navi Pillay noted during her visit to Zimbabwe in May 2012, a vibrant civil society is a crucial part of any democratic society’s development, in all spheres including human rights, and it should be strongly supported even if some of its messages make uncomfortable reading for those in authority.

But for it to be effective, Zimbabwe civil society must collectively insist on the guiding principle of non-partisanship and work tirelessly to correct the wrong perception that civil society is aligned to a particular political party.

Instead, civil society must reassert its strict independence and autonomy.

The NGO Handbook, a US State Department publication, notes correctly that NGOs are independent of both the government and the business sector with a mandate to promote the public interest and serve the public good rather than to make a profit or advance the interests of a narrow group of individuals.

With civil society indepedence and autonomy comes integrity and credibility as well as respect from government, private sector and the public.

It is high time for government and related institutions to begin to take civil society seriously and treat them as comrades in arms working to deliver on a common vision and not a scourge to be exterminated.

Instead of devising ways and means to undermine the work of civil society, government should be working hard to create an enabling environment for NGOs to operate optimally and sustainably for the benefit of ordinary Zimbabweans.

“Is there a divinity that shapes our ends?” – The life and times of Dewa Mavhinga

Chamisa says he warned Dewa Mavhinga against coming to Zimbabwe