A new musical remix of “Zvirikufamba Sei” done by Desmond “Stunner” Chideme has seen the Zimbabwean rapper having an indirect dig at his former Big Brother Africa girlfriend Pokello Nare.

The song also talks about Tendai Biti being removed as Secretary General of the Movement for Democratic Change (MDC), Zim dancehall chanter King Shaddy being the only Zimbabwean artist being denied a visa to travel.

Only a few weeks ago Pokello’s boyfriend Elikem ‘surprised’ her on live television during the 2014 Ghana Music Awards with a “Would You Marry Me” question while the two were on the stage to present an award for Best collaboration of the year.

Pokello later tweeted that it was surprising that a perceived ‘loose’ women like her now had an engagement ring on her finger. It would appear Stunner is playing on those exact words in his song.

Take a listen to the song and be the judge. 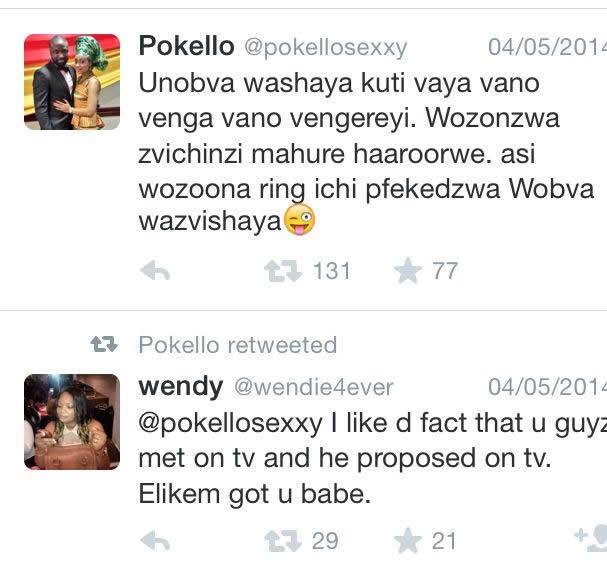