We focus on useless issues and irrelevant people like the Gumbura

“Nehanda please publish this for me. I’m not much into politics but I’m really irked by the level of corruption now rife in Zimbabwe and the way we’ve become so complacent and tolerant of such ills.

We focus on useless issues and irrelevant people like the Gumbura and his concubines while politicians and their cronies are busy looting our heritage in the background. Just look at the current state of our roads and infrastructure around us, we’ve become one of the most corrupt and poorest countries.

For years now we don’t have a currency of our own and we keep adding other people’s currencies to the list. Hee masanctions what what, what a bull! Instead of focusing our debates such crucial issues, we spent so much time engrossed in petty issues that wont change the situation of our country.

Zimbabwe is known to have some of the most educated people in the world but sometimes I’m ashamed and I doubt our credibility because we can’t put that education into practice. We have loads of graduates in Electrical Engineering but we import even the simplest of gadgets like an electricity meter. Such an embarrassment!

So many computer science graduates, economists etc yet our country is in a sorry state. We’ve become a bunch of spineless whiners who would rather suffer in abject misery than admit our apathy and act on it. And what presses my buttons, come election time, we are too emotional and easily swayed by politicians who say what we want to hear.

We believe everything we are told because we too lazy to do our own research so we can make up our own well informed decisions. The fact is this stream of politicians don’t give a damn about the masses. All they care about is amassing wealth into their bottomless pockets and find blame someone to for it.

Vese zvavo hapana ane basa nesu including maopposition parties. It’s time the young generation rise above these old goons and reclaim what’s rightfully ours. This is just my 2 cents. Forgive me if I’m being irrelevant but I’d appreciate if you give it a thought for the sake of the generation coming behind us.”

Bridge swept away in Mberengwa 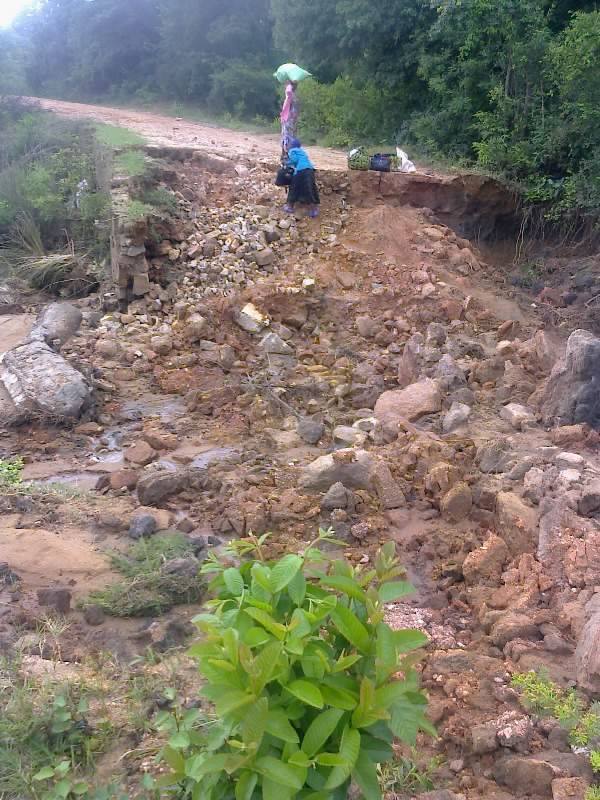 “Those that believed the calls by the chaos faction in Zanu Pf to persecute the small fish in the sea of Zanu pf corruption was genuine. Those that believed a paragraph in ZimAsset that talks about eradication of corruption was something to write home about, now love to hate themselves after listening to the capitalist Joyce Teurai Ropa Mujuru, that the media must stop reporting corruption in parastatals. Believing Zanu PF will eradicate corruption is like believing that mosquitoes can cure malaria, even those from Hollywood can’t. Guys let’s stop dreaming in full colour.”

There will be mass riots and social unrest at UZ

“I feel very annoyed by the way this Zanu PF government is treating its citizens. After allowing everyone within the so corrupt party to take heft salaries, allowances and even rob the community, it has now perturbed me to see that the so called Cadetship programme was just a thing that does not exist. All students at the University of Zimbabwe received the shock of their lives when they open the link [email protected]

Their balances are ranging from $936 to $1338. What surprises me most is that, the government of Zimbabwe has fooled the students for the past years pretending as if they were paying for them through the cadetship scheme only to receive this shock of their lives! UZ students were paying as low as $64 per semester by 2011 but now they have to adjust their pockets to the triple zeros fees!

Given the failure by the government to adjust the salaries for the civil servants, can someone justify for me the basis for these balances appearing in our students accounts? I was talking with the likes of Kokerai Murombo, Chisaira, Agency Gumbo, Gerald Manatsa, Michael Murimi and Tutorial Mangaisa both with interest in the Students Representative Council and their position was that the government should settle these balances or face the wrath of the students.

It is by far never to be doubted that during next week registration at UZ if something serious never comes out, there will be mass riots and social unrest at UZ! How can a country with the highest literacy rate in Africa have one person who sits on more than 20 boards of companies? How can the country like ZIMBABWE languishing in poverty have someone who is earning more than a celebrity in Europe?

How can someone who is entrusted by the government (public) to work for a government entity earn $28 per second -Dube? Do these guys thing that they going to take us for granted until Amen? I don’t think so!How can a Minster without the consent of a Mayor re-instate a suspended Clerk for council who has clearly rob rate payers of their wealth without any reward in form of road maintenance etc?

Is it this the reason you Hon Chombo put the Harare Mayor as a ceremonial Mayor? Are you guys telling me that you have only come to know of these unjustifiable salaries this year? If so, where were you all along? Can the nation be happy to see the fraudulent guys like Dube and Muchechetere walk free? Can you blame the citizens if they reject to pay rates as from now?

I will surely not blame them!the problem with our government is that is full of boot-licking Minsters .I dont see Zimbabwe going anywhere with these corrupt people!Its high time you minsters you should respect the people of Zimbabwe and move our beloved country forward.”

Our case of corruption in Zimbabwe does not seem crafted to curb the cancer that has devoured our dignity as a sovereign commonwealth but rather to ‘wise up’ the perpetrator. I believe what the authorities are doing is to put a ‘beware of the dogs’ warning at the gate so as to permit the robber to bring poisoned meat at night. When land and businesses grab started for example, government officials converted assets into their own names.

When the rhetoric about land and indigenisation audits started, specifically people like Chiyangwa and Chombo re-registered their loots into their relatives and friends’ names. Now Zimbabwe is near to being cashless through offshore embezzlement and tax evasion, thanks to these looters in our government who have ‘warned’ each other under the guise of cracking whip on corruption.

The Chinese are still holding illegal mining licenses, are panning and looting everyday, is any one of them arrested? No. Chiadzwa has been heavily bled and Minister Chidhakwa insisted that Biti’s case of gems looting is speculation, which means no one is going to be arrested as well. Masimirembwa et al are still roaming in the streets even though the President himself acknowledged rampant corruption in diamonds.

Ever since the ZBC salary scandal and all the subsequent ones, we are yet to see any of these blue bloods facing their day in the hands of justice for the people. The list goes to hundreds if not thousands of cases sabotaging our country.

Ours is a perfect case of the iron fist hand of totalitarianism; it gets its grip on the heart and soul of the nation and will never let go until we all learn to pay obeisance to them. That is the reason why Hosiah Chipanga sang the song, ‘Dai pasina kupindira kwaIshe, chokwadi pasi pano taiona moto’.

‘Genocidal Zanu PF’ will still kill you whether…

“I have no ambitions to be President” says…