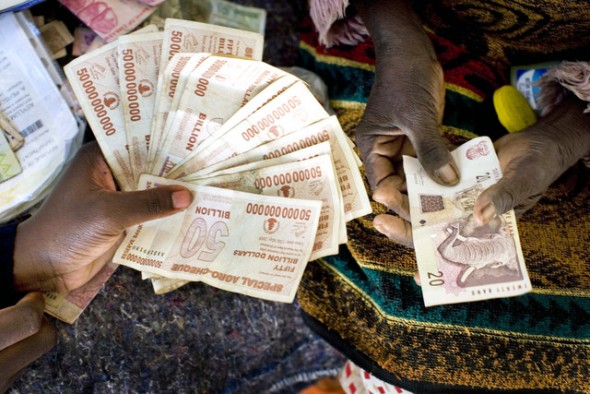 HARARE – Reserve Bank of Zimbabwe subsidiary, Fidelity Printers Limited (Fidelity), says they have not yet been instructed to print the Zimbabwean dollar, amid reports that the central bank’s printing company had recalled all contract workers.

This has led to speculation that the Zimbabwe dollar could bounce back as the liquidity crunch continues to hit the nation.

“From time to time when the need has arisen, the company has over the years relied on contract staff, including former employees and will continue to do so,” said Terence Machawira, Fidelity’s legal counsel, in written responses to the Daily News.

“As a high security printing company, we remain prepared and continue to seek currency printing business both locally and globally,” he said.

The southern African country ditched its local currency in 2009, after it had been rendered useless by hyperinflation which peaked at 231 million percent, in favour of a basket of multiple currencies that includes the United States dollar, South African rand and the Botswana pula among others.

Talk of Zimbabwean dollar return evokes sad memories for the majority of people in the country who lost their life earnings with the introduction of the multiple currency system.

At the height of the hyperinflation, the country became almost idle as industries closed down, while multi-national companies relocated to neighbouring countries and most local businesses were just operating at a loss.

The unemployment rate rose to over 80 percent and over three million people reluctantly left the country for menial jobs in neighbouring countries.

Although the new government has repeatedly tried to calm the market by dismissing rumours of an imminent return of the local currency, speculation has been rife that the Zanu PF-led government might prematurely re-introduce the discarded currency.

Speaking at the pre-national budget conference in Victoria Falls recently, Finance Minister  Patrick Chinamasa ruled out the return of the Zimbabwean dollar and said he did not want to hear any more questions about the local currency.

“The multi-currency system will remain for the next five years,” Chinamasa said.

“I do not want to continue being asked that question. It is going to be a multi-currency regime.
“The multi-currency system will be the form and basis of our programmes for the next five years.  Let that be clear to everybody. We might actually add more currencies to the cocktail of the currencies we are using now, depending on how that currency will be benefiting the country.”

However, the former liberation movement indicated in its manifesto that it was keen on bringing back the currency.

Economic analysts are of the view that the economy will not recover under the current multi-currency system, as the US dollar has proved elusive for most Zimbabweans.

However others insist that the immediate return of the Zimbabwean dollar will be disastrous given the prevailing environment.

The Zimbabwe National Chamber of Commerce (ZNCC) recently called on Chinamasa to unambiguously assure the nation that there will be no immediate return to the Zimbabwe dollar or resorting to any local currency as a precondition for efforts to boost waning investor confidence.

In its submissions towards the 2014 national budget, the industrial body said issues relating to currency reforms were very crucial in determining the nature, tenor and quantum of foreign investments and foreign lines of credit the country could lure.

“As part of the all-important confidence building process, we urge you honourable minister to be very clear with regards to government’s view of the multiple currency regime and categorically state that there will be no immediate return of the local currency,” ZNCC said in the statement.

“In addition to that, we implore that you, honourable minister, spell out the pre-conditions necessary for the re-introduction of the local currency. This is important in bringing certainty around possibilities on immediate currency reform.”

In order to dispel any such speculation on the possible near-future re-introduction of the local currency in the minds of the general public and investing community, ZNCC said, Chinamasa should state the model on which a local currency would be introduced. Daily News