Of heroes, anti-heroes and heroics heroics 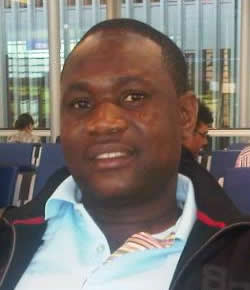 PRESIDENT Robert Mugabe at the burial of national hero, Zanu PF founder and former minister Enos Nkala, gave a profound narrative of the life history of the man he described as his personal friend.

It was a heartfelt account, devoid of the usual ranting and raving which sometimes make it rather agonising to listen to him. Mugabe gave insights into Nkala’s personal and political life; painting a picture of a man who dedicated most of his lifetime to the liberation of Zimbabwe.

He spoke about his family issues, including his first wife’s infidelity, children, his academic interest and political activities, as well as his passionate resistance to oppression. He described Nkala as an “unyielding” nationalist who fought tenaciously against white colonial rule and settlerism.

Mugabe also touched on his own life and political history as he sought to explain the nexus of events and how he came across Nkala and became friends with him.

Nkala’s deep involvement in the struggle came out clearly as Mugabe narrated the history of Zimbabwe’s national liberation movement, from the days of the Southern Rhodesia African National Congress, the National Democratic Party, Zapu, Zanu, and the Patriotic Front, as well as negotiations that ushered in Independence.

He mainly covered the period after the rise of the conservative Rhodesian Front, successor to the Dominion Party, and its leader Winston Field and later Ian Smith.

However, Mugabe’s narrative was deliberately incomplete ––selective amnesia set in. His account –– which bordered on revisionism –– left out dark chapters in Nkala’s history, in a calculated move designed to justify his friend’s divisive hero status.

Steeped in patriotic history and employing hagiography to advance his agenda, Mugabe spoke of Nkala the legend, an undisputed hero with epic bravery, made all the more colourful by his bold and dramatic exploits.

In the process, Nkala’s later life bad activities and criminal heroics were buried under Mugabe’s eulogies. His role in the deadly Entumbane clashes between Zipra and Zanla, Gukurahundi massacres and the Willowvale Motor Industries scandal was totally erased from his profile.

Although Nkala fought doggedly during the liberation struggle, he later squandered his legacy by engaging in petty and vindictive politics, leading to killings of thousands of innocent civilians during Gukurahundi.

He was also involved in corruption on a grand scale as Willowgate shows. Nkala was in the end a hero-turned-villain; an anti-hero walking the dark side of life, or simply a hero with blood on his hands.

Although the full scale of the impact of Gukurahundi is yet to be forensically established, the grisly atrocities are certainly a scar on the conscience of the nation.

But then this is Mugabe and Zanu PF we are dealing with. Nkala’s case fits the bill of their inconsistencies. Thenjiwe Lesabe, for instance was denied hero status, while some controversial characters like Border Gezi, Chenjerai Hunzvi, Cain Nkala, Elias Kanengoni and Mernard Muzariri were buried at Heroes Acre. Controversies still swirl over cases of Lookout Masuku, Nyandoro, Chikerema, Canaan Banana, Tekere and now Nkala.

I left out Sithole because his case is very different if we are to believe Rhodesian intelligence chief Ken Flower.

Heroes generally act in defence of certain ideals and for the greater good. They sacrifice voluntarily, knowing potential risks and costs of their actions and they do so without anticipating personal gain.

Simply put, then, the critical element to heroism is a concern for the people –– defending a moral cause, knowing there is a personal risk, and doing so without expectation of reward. So the question is: Among those currently lying at Heroes Acre, who are the genuine heroes and who are not?

The struggle for democracy continues

Luke-ing the Beast in the Eye: Even Tsvangirai regarded Ndabaningi Sithole as a…