A Chitungwiza man who swindled a woman of more than US$13 000 by misrepresenting to her that he was a pastor with the privilege of importing a duty-free vehicle was yesterday sentenced to 24 months in prison. 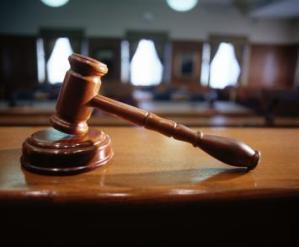 Martin Makombe (29) was convicted on two counts of fraud before Harare magistrate and sentenced to 2 years in jail.

Four months were suspended on condition of good behaviour, 14 on condition of restitution of the defrauded amount and the rest were converted to 210 hours community service.

Prosecutor Rashworth Mufakose told the court that in December last year, Makombe told his friend Stella Kadire (37) that as a pastor he was exempted from paying duty and could import a vehicle for her for less.

In January this year, Stella Kadire left for Pakistan and left her Barclays ATM card in the custody of her mother. Five days later she called her mother, Joyce Kadire, and told her to release the ATM card to Makombe so he could withdraw money and buy her a car in South Africa.

Makombe went on to buy the car but did not surrender it to Kadire’s mother. On returning from Pakistan, Kadire demanded the car but Makombe was not forthcoming. In the second count, Kadire complained that Makombe had refused to return her a Sony Mini laptop which she had lent him.

No joy for Energy Mutodi