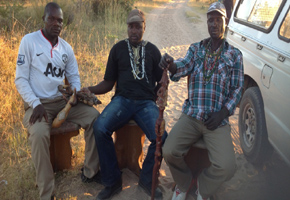 A 62 year old widow from Macheke is contemplating leaving her village after being labelled a witch by fellow villagers. Mbuya Thandiwe Sithole revealed that she has become a victim of harassment because she is being accused of practicing witchcraft.

She said she was labelled a witch by a tsikamutanda who was invited by other villagers for a cleansing.

“I am now thinking of leaving my home where I have been staying all along because people in my village are saying I am a witch. I am a loving person and I have never quarrelled with anyone but I don’t know why people see me that way.

“There are so many incidents where I have been confronted by women especially young girls accusing me of bewitching them. They accuse me of being responsible for their continuous menstruation while those that are single accuse me of casting bad spells on them so that they don’t get married.

“There is a certain lady who was prayed for at her church after she fell ill and what even shocked me was that an evil spirit started manifesting saying that I am the one who was responsible for her illness. This has become too much for me so I have decided to just pack my bags and leave the village.

“I know that I am not a witch but I am deeply affected by what is happening because even when someone dies with a sickness I am also being singled out as responsible for it,” she said.

She also made a plea to the public who might want to accommodate her.

“If there are people out there who might want to give me a place to stay I would really appreciate because I am now desperate,” she added. H Metro

UK steps up deportations of Zimbabweans