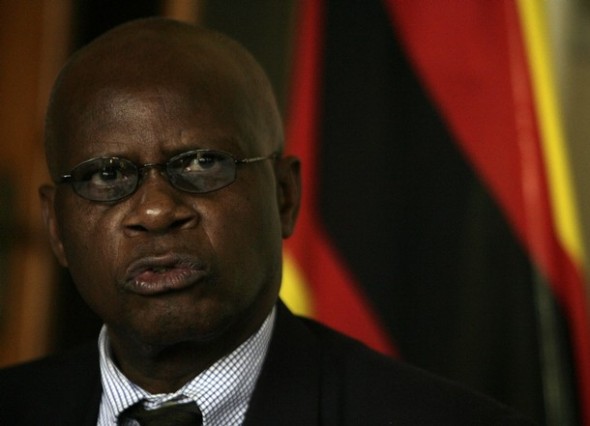 MUTARE – Several Zanu PF sitting legislators, including a cabinet minister aligned to the Mujuru faction suffered humiliating defeats in the party’s primary election, ceding power and tilting the future political course of Manicaland firmly under the grip of the Mnangagwa faction.

Mutasa deliberately planted Nyabadza in Makoni Central to frustrate Chinamasa, who together with Oppah Muchinguri are fighting against Mutasa for the control of Manicaland.

Mutasa’s other henchman Agriculture Joseph Made was elbowed out of the race for Makoni West to national youth secretary for foreign affairs Kudzi Chipanga.

The Young Turk is a cousin to the former intelligence supremo Shadreck Chipanga. Mutasa’s efforts to block the youngster from standing against Made were again frustrated by Chinamasa and Chipanga. Shadreck Chipanga also beat a rival from the Mujuru in the Makoni senatorial race.

Other cadres who were fighting from Mutasa’s corner and failed to make it are Happiness Nyakuedzwa, who lost to Manditawepi Chimene, a religious lieutenant of Muchinguri, who bankrolled her campaign.

Mutasa was imposed on Headlands much to the chagrin of party supporters sympathetic to daring top civil servant Chris Chingosho. The disqualification of Chingosho now gives Mutasa a fresh headache, amid revelations that the former was mulling entering the race as an independent candidate.

William Mutomba and self styled war veteran Joseph Chinotimba, who were among those who recently petitioned President Mugabe to clip Mutasa’s wings, romped to victory in Buhera North and South, respectively.

Enock Porusingazi won the ticket to represent the party in Chipinge South.

In Chipenge West Zanu PF will be represented by Adam Chimwamurombe while Dr Winmore Busayi Juyana Mlambo will stand in Chipinge East.

In Mutare central Zanu PF will be represented by Trinity Munowenyu, while Young Turk Batsirayi Pemhenayi appears in line to pick up the reins from where his late father Charles left inMutare North.

A one Duru will represent Zanu PF in Dangamvura-Chikanga.

Journalist-cum-politician Supa Mandiwanzira eased unopposed in Nyanga South. Mandiwanzira contradicted Mutasa’s evidence in the trial of Mike Madiro and his deputy Dorothy Mabika and is a member of a camp hostile to Mutasa that also include Hubert Nyanhongo who won in Nyanga North.

Unpopular politiburo member and Mutasa’s henchman and perennial loser Munacho Mutezo also lost in his bid to represent the party in Chimanimani West.

Zanu PF injected new blood in its vein in three constituencies in Mutasa following the roping in by Muchinguri of Mutasa North based-businessman white bearded Luke Masamvu and Innocent Benza in Mutasa Central.