Coltart slams Zanu PF use of schools for primary elections 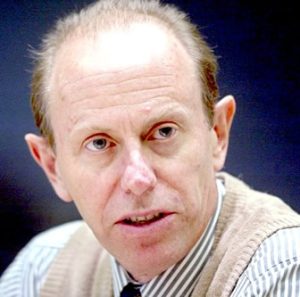 HARARE – The Education Minister in Zimbabwe’s shaky coalition government, Senator David Coltart, has slammed the use of schools by President Robert Mugabe’s Zanu PF party to conduct its primary elections.

In a statement sent to Nehanda Radio, Coltart said “I have stated, as policy, on numerous occasions in the last 4 years that schools should not be used under any circumstances for partisan political activity.

The roots of Ukraine war: A rebuttal of Chando’s…

‘US$1 billion from IMF not vote of confidence’,…

“I have stated the various sound educational reasons for that policy which include the fact that children and teachers need a safe and peaceful environment to study in. This is a policy which has been in place for many years, at least in theory, and which I have simply reinforced.”

Initially Zanu PF had claimed its elections would be held within one day (Tuesday) but this spilled over into Wednesday because of violence, confusion, ballot paper shortages and boycotts by disgruntled candidates and supporters. There were also several arrests as rival camps clashed in physical battles.

But the disruption in classes for children has annoyed Coltart who said “It goes without saying that the use of schools has been done without my permission and in flagrant breach of that policy. I have no doubt that the education of the children in the schools used will have been adversely affected.”

Coltart said none of the other major parties have had to use schools to conduct their primary elections and had not disrupted the lives and education of children. He said “some within Zanu PF will have done this as a deliberate snub to remind the public who is physically more powerful in this Government.

“I am of course powerless to prevent this conduct because there is no point in turning to the Police or other law enforcement agencies who have for some time demonstrated their own partisanship. Likewise school heads cannot be criticised because they are at the mercy of local Zanu PF operatives who would make their lives miserable if they so much as tried to resist and protect the policy.

“However those who feel smug about what they have done today should think about their legacy and the adverse consequences of their actions on the lives of the children affected. It goes without saying that I condemn in the strongest terms possible the use of schools for partisan political purposes,” Coltart said.

Now you have the power to tell the world what is happening in your area? Add us on Whatsapp using +447778557615 and easily send your stories, news tips or messages including pictures or videos if possible. We always protect your identity.

You can also reach us via:

The Elephant in the Room: Reforming Zimbabwe’s Security Sector Ahead of Elections: Part 1

The roots of Ukraine war: A rebuttal of Chando’s assertions – Coltart

‘US$1 billion from IMF not vote of confidence’, Coltart educates Mthuli…