Zanu-PF to hold primaries in one day: Gumbo 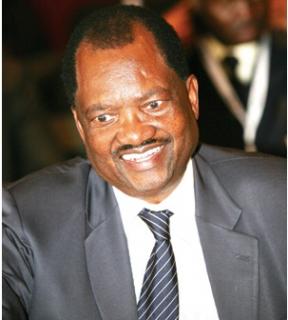 HARARE – Zanu PF will conduct its primary elections, whose date is expected to be decided by the Politburo today, in one day using polling stations that are usually used during general elections, with all card-carrying members eligible to participate.

The party’s Secretary for Information and Publicity Rugare Gumbo said primaries to select candidates to represent the party in the polls due by end of next month, would be run like general elections.

“The results are going to be communicated from the polling station to the constituency command centre, to the district, to the province and then the national command centre,” he said.

“All members of the party from cell to the Politburo are eligible to vote.

“We are working towards making sure that the primary elections are held in one day in all the constituencies at polling stations that are usually used during general elections so that voters can have easy access to polling stations.”

Zanu PF spent the better part of the year claiming that elections would be held by June 29, a propaganda line which has dramatically and embarrassingly collapsed.

To date, Zanu PF has completely failed to hold primary elections which are likely to be messy given the intense rivalry among camps angling to succeed the 89-year-old Mugabe.

Apart from being financially bankrupt, the former ruling party is also riddled with factionalism which has literally destroyed party structures in seven of the 10 provinces with party spokesperson Rugare Gumbo admitting that there are some areas which need “readjusting.”

The politburo — Zanu PF’s highest decision making body — has been forced to shelve primary election guidelines for over a year now because rivals cannot agree on the rules and regulations.

Picture: The sorry state of a school in Mt Darwin

Ukraine war: Ukraine and Russia both claim control over Lysychansk