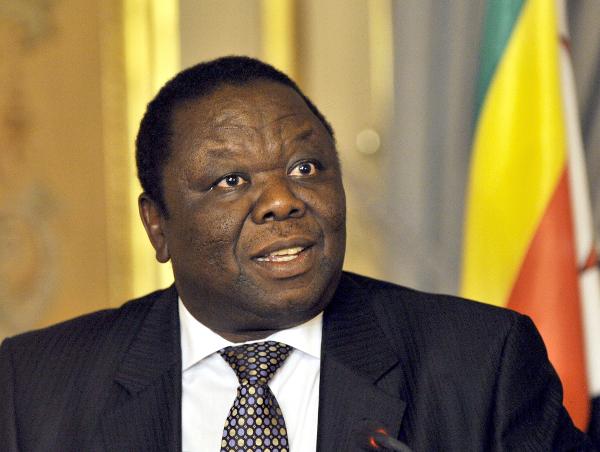 The proposed government platform aims to remake the economy and trim the size of the security forces, while introducing new standards of professionalism.

“We are in the last mile to a new Zimbabwe so we are launching our blueprint,” Nelson Chamisa, the Movement for Democratic Change (MDC) organising secretary said.

On the economic front, Chamisa said the MDC would seek to lure foreign investors to help shore up the country’s economy, still smarting from the repercussions of a nearly decade-long downturn.

The document will put clear distance between the MDC and Mugabe’s Zanu-PF platform of indigenisation, as voters mull who will be the next president ahead of elections slated for some time this year.

The 89-year-old leader has made redistributing wealth and land from white to black Zimbabweans a pillar of his 33 years in office. Critics say the policies forced the Zimbabwean economy to its knees and has served only the president’s cronies – who were often recipients of land – more than the ordinary Zimbabweans.

“This is an anti-thesis of Zanu-PF’s indigenisation thrust because here we are talking about the upliftment of the people through investment and job creation,” Chamisa said.

MDC will also promise pothole-riddled roads will be repaired, water supplies will be improved in towns and that the youth, the elderly and disabled will get better welfare programmes.

“This is an agenda for real transformation under an MDC government,” said Chamisa.

The document will also serve as a warning that the deep politicisation of the security services must end. The army and police are today closely controlled by Mugabe’s allies, but threatening reform may be a dangerous gambit for the MDC.

Their role before and after the elections may well prove decisive.

The MDC was formed in 1999 has posed the stiffest challenge to Mugabe’s stranglehold on power.

In 2008 it became the only other party apart from Zanu-PF to win a majority in parliament. The upcoming elections will choose a successor to the shaky power-sharing government formed four years ago by Tsvangirai and Mugabe.

Formed to mend the country’s economy and avoid a tip into conflict in the aftermath of a bloody presidential run-off election, it has been plagued by frequent haggling over allocation of key government posts.

No election date has been set yet, but Mugabe is pressing for them to go ahead as soon as possible. Registration of new voters is underway but the process has been slow and frustrating for many who were unable to register.

The opposition and international community insist that fair elections cannot take place without changes to the media and electoral laws. Parliament this week endorsed a new constitution which curtails presidential powers and limits a president’s tenure to two five-year terms.

Where does Gushungo’s power come from?