The Kimberly Process Certification Scheme (KPCS) has tried hard to resolve the Zimbabwe diamond crisis since 2009, but with limited success. 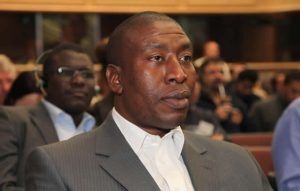 Zimbabwe’s Parliamentary Portfolio Committee on Mines and Energy was denied access to the controversial Marange diamond fields twice before being allowed on a “guided tour” in 2012.

The Minister of Finance, Tendai Biti, has repeatedly clashed with the Minister of Mines and Mining Development Obert Mpofu over diamond revenues.

So public was the conflict, often characterised by accusations and counter-accusations, that a commission of inquiry to investigate some of the serious allegations would have been the logical thing to do.

Nevertheless, the controversy has continued right to the very end of the Inclusive Government, expected to be dissolved in next month.

There seems to be no hope for an immediate change of strategy in handling Marange diamonds. Maybe it’s a question of wrong diagnosis and prognosis leading to a wrong therapy. Or simply the diamonds were discovered at the wrong time in Zimbabwe’s history

Marange diamonds were discovered at the height of polarisation in Zimbabwe in 2006. When the government moved in to violently seize control of the lucrative diamond fields in November 2008 the justification proffered was that diamonds would inject life into the struggling economy, hence the need for total control of the diamond fields by government.

Nevertheless, five years after the government’s takeover of the diamond fields, many questions remain unanswered.

For instance, the true identity of the companies mining in Marange remains a mystery. Mr Biti, who belongs to Prime Minister Morgan Tsvangirai’s Movement for Democratic Change (MDC) party remains in the dark as to where the diamond revenues are going.

Government has shifted goalposts, blaming the lack of transparency and accountability in the diamond sector on restrictive measures imposed on President Mugabe and his inner circle by the EU and the US.

However, the problem with Marange diamonds, and other natural resources being mined in Zimbabwe, is deeper than the sanctions rhetoric.

Rather than being treated in isolation, Marange diamonds should be seen as a microcosm of a dysfunctional political system that is being exploited to the maximum by China.

China owns the biggest mining corporation in Marange, Anjin Investments, which is accused by Mr Biti of operating in partnership with the Zimbabwe National Army. Minister Biti further alleges that Anjin Investments does not remit revenues to treasury.

All the mining licences were awarded in controversial circumstances. No tender procedures were followed. Government has put a tight lid on the shareholding structures of the diamond mining companies.

Put differently, the discovery of diamonds in eastern Zimbabwe has contributed to further polarisation as the security sector and political elites have used diamond wealth to further entrench their narrow political and economic interests at the expense of the country.

Whilst President Mugabe has on various occasions spoken out against corruption, his sincerity in dealing with corrupt elements from his government is highly questionable.

Top officials from his ZANU-PF party have been accused of various diamond related crimes ranging from bribes, extortion to illicit diamond deals. Because senior political and military officials have been implicated, the president appears powerless in handling the matter.

What has emerged from Marange is the exclusion of both the local people and the general public from determining how the diamonds ought to be governed. A political solution is arguably the most logical answer to the Marange controversy.

The holding of a credible general election leading to the formation of a government that is answerable and accountable to the people can mark a turning point in Zimbabwe’s diamond sector.

However, a credible election in a country where one political party is controlling all the mineral wealth is unlikely. Reports by Global Witness, Partnership Africa Canada and statements by the Finance Minister indicate the existence of a parallel, diamond-funded government which involves the influential security sector.

Given the weakened position of the MDC-T in government and the intransigence of President Mugabe and hardliners in his ZANU-PF party, help for Zimbabwe can only be expected to come from the regional bloc, the Southern African Development Community.

SADC has a Herculean task to ensure that the battle for control and retention of control of the lucrative diamond fields does not plunge Zimbabwe into turmoil come election time.

In helping Zimbabwe create a roadmap towards a watershed general election, SADC must ensure that no political party is enjoying an unfair advantage over others by diverting state resources to its own campaign activities.

Finally, successfully negotiating the holding of a free, democratic and fair election will translate into finding a lasting solution to the challenges being faced in Zimbabwe’s diamond sector. ZimbabweElection.com