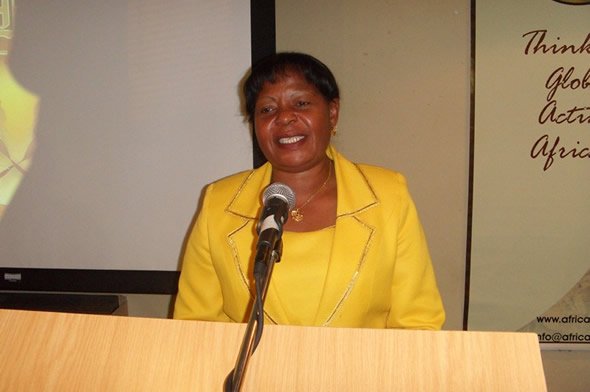 Makone says according to copies of the voters’ roll she bought from the RG’s office, over 13 000 fresh voters had been included within 48 hours but her name was missing from the roll.

In a bid to validate whether the fresh 13 000 fresh voter’s were indeed in existence, Makone dispatched 19 MDC supporters in her constituency to conduct a door to door campaign and “verification” exercise.

The MDC activists endured the weekend in police custody after they were arrested during the “verification” exercise and accused of impersonating a public official.

“On Monday April 15, I went to the RG’s offices and bought a copy of the voters’ roll which had 8 305 voters for ward 18 where I am a registered voter. My name was missing. I bought another copy for ward 42 which is Hatcliffe, it had 5 196 voters.

From the statistics 13 643 people were added to the roll within 48 hours, which translates to 284 people being registered hourly if workers at the RG’s office are working 24 hours without resting, Makone said.

The RG’s office is headed by Tobaiwa Mudede, a man MDC formations and civil society want fired before the next elections are held claiming he has over the years helped Zanu PF rig polls. Mudede was said to be in meetings when the Daily News sought comment with officials saying he was the only one who could comment.

Mudede has in the past repeatedly dismissed allegations of abetting vote rigging, and at one time said the voters’ roll was 100 percent perfect. But Makone, whose ministry is in charge of the RG’s office, is less than impressed.

“If the RG’s office is working at that rate, then I am sure everyone in Zimbabwe by now is on the voters’ roll. But I am surprised to note that my name was missing on Monday only to be found two days later, although mispelt to ensure that I could not vote,” Makone said.

The minister’s full name is Theresa Maonei Makone, but the RG’s office wrote it as Theresa Maoneyi Makone. Makone says the “massive rigging plot unearthed” in her constituency could be a “tip in an iceberg”.

“If they can do it to me, what it is that can stop them from doing it at to other constituencies’ around the country?” Makone asked.

With elections beckoning on Zimbabwe, preparation of the voters’ roll has turned to a hot issue for parties in the shaky coalition government, with allegations of manipulation and vote rigging strategies being raised by both the MDC and President Robert Mugabe’s Zanu PF.

Last week, Zanu PF, which conducted its own verification exercise, alleged that hundreds of people in Marondera had used fake addresses to register as voters.