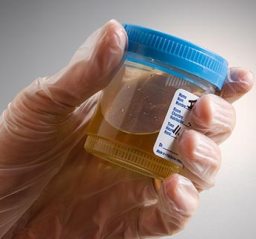 A Bulawayo woman was severely beaten by her husband after suspected baboon urine was discovered under their mattress.

The woman, Dorothy Mukwati, is nursing a blue eye after Elvis Nkomo beat her up for trying to ‘domesticate’ him using baboon urine. The incident reportedly happened last Saturday.

Mukwati posted on Makhox Women’s League Facebook page after being beaten up.

“Ladies, I took the advice about baboon urine but I am sad to tell you that it backfired. I bought the urine at Egodini (bus terminus) and hid it under the mattress but my husband discovered it while he was looking for his papers. As I am writing, I am nursing a swollen face,” read the message she allegedly wrote.

Mukwati has however, deactivated her Facebook account but women on the page sympathised with her. When reached for comment, the woman could not divulge more information. “I was beaten up. That is the long and short of it,” she said before hanging up the phone.

The husband, Nkomo, who was meant to ‘consume’ the suspected baboon urine, could not be located to get his side of the story.

Since late last year, Bulawayo women are reportedly scrambling for baboon urine which is selling like hot cakes. The urine is sold at the Bulawayo City Council run toilets at Egodini commuter omnibus terminus. The urine which goes for $2 is sold with a mixture of soil giving it a solid look.

“You grind the mixture before you sleep but after bathing, you then have to apply the powder in your privates. When applying you do not have to overdose because once you become damp, the urine’s smell is pungent,” said an elderly woman as she explained how women use baboon urine to curb their husband’s bed hoping antics.

In a day she said at least 30 customers buy her love concoctions and makes more than $50. She said the ulterior motive is to drive the man into adopting a baboon’s urinating habit. According to the elderly woman who is selling the urine, a baboon is disciplined when it comes to urinating.

“A baboon by its nature urinates only on one spot. Even if it travels from Matopo to Bulawayo, when it gets pressed, it will travel all the way to Matopo before it relieves itself. When you apply the powder, the man will absorb the baboon’s urine and it will start regulating his bedding tendencies.

“Once you use this (baboon urine), just like the animal does, he will never release his seeds of manhood to any woman but to you only,” she explained.