Chigumbura keeps Zimbabwe in the hunt 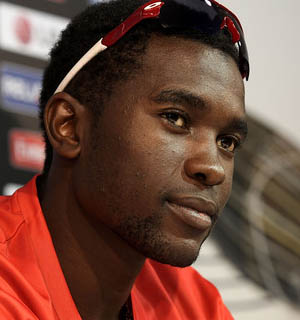 HARARE – A blazing innings of 45 from Elton Chigumbura rescued Zimbabwe as they closed on 158 for four on day two of the second and final test against Bangladesh at Harare Sports Club on Friday.

Chigumbura, who was the star with the ball in the Bangladesh first innings, put on an unbeaten 61-run stand for the fifth wicket with Malcolm Waller (30 not out) to almost certainly help Zimbabwe avoid the follow-on.

In reply to Bangladesh’s total of 391, Zimbabwe had slumped to 97 for four before Chigumbura strode to the wicket and started thrashing away. Bangladesh added another 91 runs to their overnight score of 300 for six, the charge on Friday led by Nasir Hossain’s fifth test half-century.

Hossain had amassed 77 before he was the ninth wicket to fall.

Sikandar Raza delighted after winning Player of the…

Number 11 Robiul Islam entertained the crowd with an unbeaten 24 from 18 balls to take Bangladesh to 391. Shakib Al Hasan (81) top-scored in the innings, while there was also a valuable 60 from skipper Mushfiqur Rahim.

The pick of the home bowlers was Chigumbura, who returned figures of three for 75. Zimbabwe’s problems at the top of the order continued as they lost three quick wickets.

Captain Brendan Taylor, who scored centuries in each innings in the first test, looked in good touch again he compiled a patient 36 before trying an uncharacteristically risky shot.

He attempted to pull a delivery from off-spinner Sohag Gazi to the mid-wicket boundary but picked out Shakib in the deep instead. At that stage the follow-on target of 192 looked a long way off for the home side but barring a big collapse on Saturday, they will get the 34 runs they need to make Bangladesh bat again.

Charamba wants to be Information Minister

Zimbos weep in public after caning

Sikandar Raza delighted after winning Player of the Tournament award