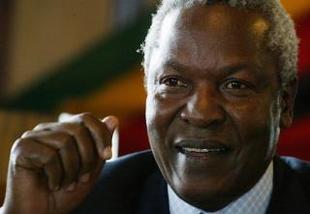 The MDC-T on Wednesday refuted allegations that it was fiddling with the voters roll in Marondera and launched a verbal attack on ZANU PF.

Piniel Denga, the MDC-T provincial chairman for Mashonaland East, denied the allegations saying they were ‘rubbish…unfounded and untrue.’

‘These allegations are a clear cut indication of extreme desperation of a party that has run out of ideas. Having failed to convince Zimbabweans to vote for them, ZANU PF has started blame games to save their own skin,’ Denga.

Denga told SW Radio Africa’s Hidden story program that he could provide a plausible explanation to what he described as being ‘a great deal of misrepresentation, baseless and a bundle of lies’ by Sekeramayi.

‘Who controls the voters roll? It’s certainly not the MDC-T but one of their staunch party supporters, Tobaiwa Mudede,’ claimed Denga. He insisted if there were people registering under unoccupied flats or under other people’s houses, then it was a fault of their own.

‘I can only assume that the people who occupied those dilapidated flats in Dombotombo moved elsewhere within Marondera but because of the difficulties they face getting letters from their landlords to confirm their residential status, I believe they revert to use their old addresses,’ Denga said.

The bureaucratic requirements create serious bottlenecks on a daily basis for people wishing to register to vote. Denga said the government should remove some of the requirements and let people register using ID card only.

‘An ID card is the property of the government of Zimbabwe. It is not right to deny individuals the right to register because they have failed to produce letters from their landlords,’ he said.

Government on Tuesday did make some sweeping changes to the rules governing the registration of voters, declaring that anyone born in Zimbabwe, or if either parent is Zimbabwean, is automatically Zimbabwean and entitled to vote.

Hundreds of thousands of Zimbabweans of Zambian, Mozambican and Malawian origin have in the past been denied the right to acquire citizenship that would have allowed them to register and vote. This applied mostly to second generation Zimbabweans of foreign parentage, namely from countries that share a border with Zimbabwe.

Co-Home Affairs Minister Theresa Makone told journalists in Harare that aliens with alien IDs should have these swapped for citizen IDs.

‘Aliens can go right now to register as voters after changing their IDs to become Zimbabwean IDs, not alien IDs immediately. They should not wait for the new Constitution to become law,’ Makone said. SW Radio Africa

Warriors troop in for Zambia tie