Without blood, there is no salvation 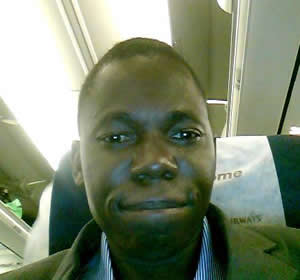 The whole plan of the salvation of man has blood as its core, it evolves and revolves around blood. From the old testament to the new testament, the issue of blood is so topical when it comes to issues to do with the relationship between God and men.

To start with, in the book of Genesis, when man fell from his original place, God made him coats of skins to cloth him and his wife. Looking at that, it is highly likely that God killed an animal so he could take a skin from it. If it be so, then there would have been shedding of the blood.

Again in the book of Genesis, the first man to offer an acceptable sacrifice to God, the man Abel, offered from his flock. The old testament itself just as is the new, is established on blood.

Jesus Christ is a mythical and allegorical figure who never…

Christianity and Africans: A view by the Awakened Brother

Lets go back to basics in our Christian faith

From both a spiritual and physical, blood is a symbol of life, character and disposition of man. One reason why God forbid us in the old testament from eating blood of animals is that, by eating the blood of animals, we are taking in the animals’ character.

It has also been proven from a medical view point, that a child get his/her blood from the father. This is why Jesus had to come into this world without an earthly father. Why? If he had to have one, then he would have inherited his such father’s character(including sins and curses), life and disposition.

The blood of men either carries his sins or his innocence. We can see this in many verses in the bible. In 2 Kings 21 v 16, the bible says,’ Manasseh shed innocent blood very much…’ that means the blood has the capacity to carry holiness of a man or his wickedness.

Curses also reside in blood. So when one sins, his/her blood gets ‘updated’ or we can say the sin ‘stamps’ on his/her blood. All un-confessed sins will just reside in that blood. That’s why the bible talks about guilty in blood and innocent blood.

Now Jesus Christ valued character as more important in laying of foundations. Almost everything he did that was a first centered on character. His first miracle had the significance of blood. His very first miracle, of turning water into wine, has a significance on His blood.

In the bible, wine represents blood. In Gen 49 v 11, the bible refers to wine as the blood of grapes. That’s the most clear type of wine representing blood. Also during His last supper, He used wine to represent His blood.

So when Christ turned water into wine, before He did that, Mary came to Him and said ‘ they have no wine’. His response seems to be off-topic when we literally look at it. He said, ‘my time has not come’. Mary asks for wine and Jesus says my time has not come.

What does that tell us? It leaves us to enquire and search as to what He is supposed to do when His time comes. In short, His time has to do with Him dying for the sins of the world. His dying would mean shedding His blood. Now, He is asked for wine and to him, He sees it as a request for His blood!!!

His answer for that request was like, ’wait until my time’.

Christ would have chosen to start with the miracle of raising the dead, or of healing the sick or of feeding many people.

But He had to start with the one that resembled His blood. The lesson I learn from this is that, Jesus was emphasizing the importance of starting with things to do with character. The blood of a man resembles his character.

The first man to introduce Jesus to men, John the Baptist, referred to Jesus saying ‘Behold the Lamb of God…’ He could have chosen any other way from many of Jesus’ titles to address Jesus for the very first time to his audience.

Also in John1v36, His two disciples (one of whom was Andrew)only needed to hear John preach about the lamb of God and they immediately followed Jesus. So the most important message we ought to follow, is the message of blood, message of the lamb.

Another important facet that shows Jesus valued character is that He saw it fit to first change the character of His disciples before equipping them with gifts or charisma. In John 7v39, the bible says ‘for the Holy Ghost was not yet given because; because that Jesus had not yet been glorified…’.

The nugget we get from there is that, Jesus could not baptize them, even though He Himself was mentoring them, before he was glorified. Jesus’ glorification would only be after the shedding of His blood.

The book of Acts talks about a certain man called Cornelius. The 10th chapter of Acts gives us another picture of the importance and ministry of blood. He was a devout man and a God fearing man. He could see angels BUT he had not received the Holy Spirit.

To understand why a man who could see angels and who could receive a message from an angel, saying his prayers and alms had been received as a memorial by God, could not receive the Holy Spirit, we need to understand why Peter had to be called and what message he preached.

First of all, the angel who was send with the message to him about prayers and money, was ONLY given a message about money and prayers but not that message which could result in the audience receiving the Holy Spirit. What is it??

It’s the message about Jesus, how He was anointed and climaxing on His death and resurrection. Now that’s the message the angel could not preach to Cornelius!! Why could an angel preach the gospel of money or offerings and yet not about that which had to do with blood, with salvation??

How important this issue of blood is and more importantly how important are we of the new testament!! We are entrusted to preach the gospel that even angels cannot preach!! That’s why the angels were only given the message on alms or offerings and not that which concerns salvation.

Another scripture to illustrate that angels were/are not entrusted with the message of blood or the ministry of blood, is Rev 15v1-4. In that portion of scripture, we are told that those who were victorious over the beast were singing a song of Moses and of the lamb.

What song is that?? The common thing about these two men is redemption, they were both redeemers. Moses redeemed them from Egyptian bondage while Jesus delivered us from the satanic bondage. So these people should have been singing about blood, the tool used in redemption by both Moses and Jesus.

So in the Cornelius story, having done all, prayers devotion and uprightness, the man just could not receive the Holy Spirit because he needed to receive a message of salvation, a message of the blood of Jesus.

In the bible, there is a portion of scripture that just puts it clear to me that blood occupies and is the central point of the plan of salvation, that portion is Exodus 12. Moses had inflicted Egypt with nine previous plagues but that could not result in the redemption of Israel. Why?

All those nine were methods of fighting the enemy by attacking the enemy. Yet the last plague just baffles my mind. Its mind boggling!!

The last plague, that of smearing the blood on the door steps was a way of attacking the enemy(the Egyptians) by addressing oneself(applying the blood of the lamb on one’s doorpost). What am I saying??

The bible makes mention of the preciousness and ministry of blood in so many scriptures.

It is my sincere conviction that if we consider the blood of Jesus as first before many other things, the character of Jesus, right living and holiness that comes through His blood, we can be assured of victory in our Christian walk.

Even devil and his angels, did not get an opportunity to be saved, the blood of Jesus does not cover the fallen angels and yet we have people in today’s world, who are privileged to have the blood that takes away sin only requiring them to have faith in the one who died for all, Christ Jesus Himself and get saved.

The devil, with all the worship he could offer to God before his fall, was not given a chance to repent or be saved, it was just doom and judgment for that sin and no opportunity to repent but some today who are privileged to have Christ cleanse lives, either refuse to accept Him or live in sin until they die.

Such have no excuse having been offered the opportunity to repent and be saved but chose to ignore and live as they please. There is just no excuse. Let’s take this opportunity while it is still day to get saved through His blood.

Christianity and Africans: A view by the Awakened Brother

Lets go back to basics in our Christian faith