Tsvangirai has no role in by-elections 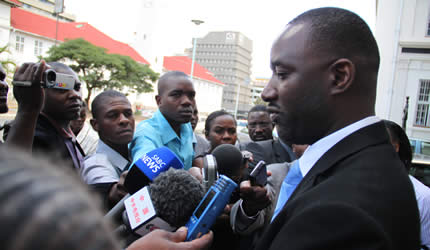 HARARE – High Court Judge President George Chiweshe has ruled that Prime Minister Morgan Tsvangirai does not have a role to play in the determination of dates for by-elections for three Matabeleland constituencies left vacant in 2009.

The MP’s took their case to court, arguing they should be allowed to stand as independent candidates because all three major parties in the coalition government had agreed not to contest each other in the event of vacancies arising.

Ailing Mubaiwa collapses at court again as Chiwenga seeks to…

The MP’s won their case in October 2011 when Justice Nicholas Ndou directed Mugabe to ensure by-elections for the three constituencies were held. Mugabe was given a 30th August deadline to publish a notice for this.

Last month Mugabe filed an urgent application seeking to be excused from complying with the court order.

Justice Chiweshe, a known Mugabe ally, was also expected to rule on whether Zimbabwe can hold harmonised elections on June 29 — a position backed by Mugabe — but fiercely opposed by all the other parties.

Mugabe who lost to Tsvangirai in the March 2008 presidential election was forced into a power sharing government after a shambolic one man election run off in which state security agencies murdered over 250 Tsvangirai supporters, while thousands were tortured or displaced.

A key condition of that power sharing deal was the sharing of executive authority between the President and the Prime Minister. But Mugabe has not honoured that during the lifespan of the coalition government and continues to make unilateral decisions on all key issues.